Bear’s Den and Daughter at the Fillmore – A Concert Review 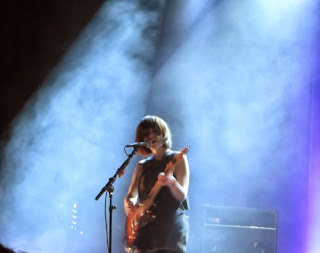 Twice, we have blogged about the band Daughter. The blog entry of April 1, 2013 was dedicated to the London trio (they are typically joined by a fourth in concert). So, when a visit to the Fillmore in San Francisco was announced, we were immediately interested. Then, we got very lucky. It was announced that another London-based trio, Bear’s Den, would open for Daughter. It’s not often that the interest in an opening band matches that of the headliner. We first became aware of Bear’s Den in January, but it was the recent release of “Sahara” that brought the revelation of the potential the band holds. 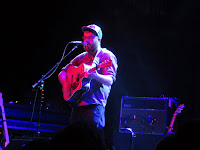 The three members of Bear’s Den are Andrew Davie (vocals and guitar), Kev Jones (vocals, banjo and guitar), and Joey Haynes (vocals, drums, guitar and keys). Their performance was as good as we had hoped. By itself, “Pompeii” made the effort to see the band a good investment of time. The only regret of the evening is that we didn’t yell “Pompeii” when Kev Jones tuned his banjo for the song while Andrew Davie was talking about the EPs released by the band. It became a regret later in the show, when Davie made a comment that some of their songs were still new to them (for example, our favorite “Sahara”) and that all were new to us. Not true guys. There seemed to be a number of people around us who recognized your songs. You're more well known than ya think. 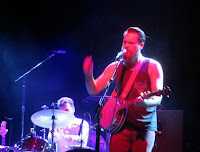 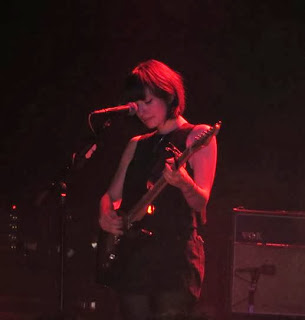 Daughter was even better than expected. The crowd was certainly ready for the setlist and the band was appreciative of the reception. At times, vocalist Elena Tonra was not sure how to react to the attention directed toward her between and even during songs. If you’ve seen the end of Daughter’s performance on David Letterman (embedded below), you know that Letterman approached the line of “creepiness.” There was only one similar “creepy” occasion last night, since all the other shows of emotion were heartfelt and respectful.
Daughter is the essence of shoegaze. Guitarist Igor Haefeli sometimes uses a bow to obtain the sound he wants from his guitar. Then, there’s Remi Aguilella using cushioned mallets on his drums. Collectively, it was extremely effective.
Facebook: https://www.facebook.com/ohdaughter
Website: http://www.ohdaughter.com/
"Home" by Daughter