“Champion” by COAX – A Song Feature 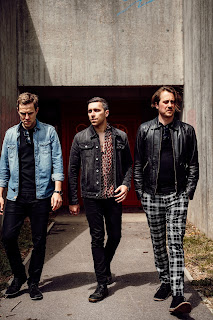 “Champion” triggers daydreams of attending a COAX concert when the song is performed. The anthem invites audience participation. The song gives the false impression that its anthemic nature and power vocals are the attractions. But 54 seconds into “Champion,” the instruments flex their musical muscle.
COAX describes “Champion” as “a gritty, guitar-driven anthem inspired by that overpowering feeling of wanting more from life and stopping at nothing until you get it.” COAX is a trio based in the UK and comprises Andy Muscat (guitar, vocals), Ben Kennedy (drums), and Chris Swan (bass).
“Champion” by COAX

See my passion, see my fire
See this champion, see his desire
And I know that nothing matters to me
No nothing really matters but this victory

I could drown in the blood that I'm shedding
Is this hell or the start of Armageddon?
And I won't stop 'til I'm dead and buried

My blood, sweat, tears and pain
I won't give up today
[3 times]

December Cleanin’ Out My Closet (of Deserving Songs) – Part 1 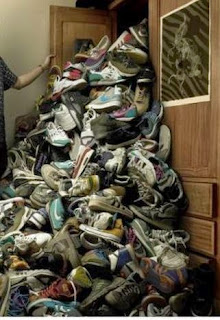 At the end of each year, we look at the songs that have been listed for mention, but have undeservedly remained on the list for too long. Assuming we still find the songs blogworthy, we dedicate a post to them, although they may be in very different genres. 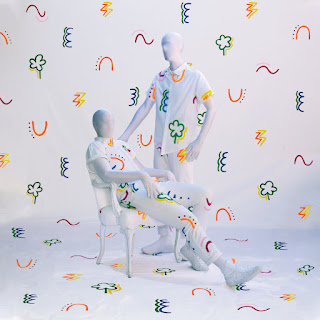 Polyplastic are Charlie Ellis, Emily Ibarra, and Dylan Bostick. They are based in Los Angles. Quoting their Bandcamp site, “Polyplastic builds a panoramic experience, seamlessly blending music, performance, fine art, and fashion into a single hybrid craft. Frontman Charlie Ellis brings experience as a visual artist and fashion designer. Add to this bassist Emily Ibarra’s bewitching harmonies the result a ‘baseline visual language’ tying the artwork, merch, and tour visuals into a single cohesive vision.”
“You're Going to Heaven” by Polyplastic 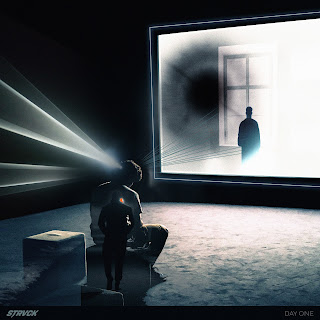 The band STRVCK derives its name from a nearly fatal accident in which singer Chelsea Seth Woodward was struck by a bolt of lightning as he inserted his key to unlock the driver-side door of his vehicle. He was subsequently rushed to the hospital, suffering a large cut on the back of his head, a concussion, and some short term memory loss. Miraculously he emerged from the event with no long term injuries. In early 2020, Chelsea and fellow Austin, TX musician, Drew Walker joined forces, creating what is now the songwriting/ performing duo STRVCK. Their sound bounces between guitar driven indie rock and dreamy synth pop. Together with help from producer (and sometimes co-writer) Max Frost, they created their debut Album, “Day One.”

We wrote "Day One" with the help of our executive producer and (sometimes) co-writer, Max Frost. We wanted it to be about a "ride or die" companion that sticks with you through thick and thin. It has the makings of a heart felt ballad, mixed with an anthemic car-ride sing along. Its a declaration of friendship and loyalty. We were so pleased with how it turned out, we decided to name our record after it. We hope you will enjoy it the same. Thanks for listening, we very much appreciate you taking the time. 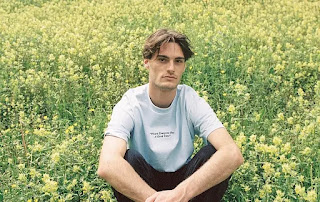 "Everything starts with a small thought. My heart begins to race unavoidably and it increases to the unimaginable. Panic attacks are my number one nemesis. The constant fear of failure and not living up to hopes, made by yourself. Everyone tells you that this feeling will just walk away and resolve by itself. However, this is often easier said than done. This song embodies the hope of always finding oneself and never giving up the search." - zeck

“What Are the Odds” by Death Valley Girls 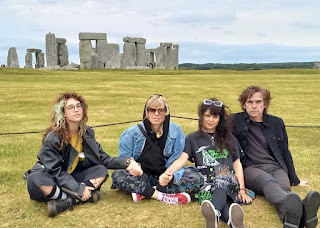 Death Valley Girls are steamrolling toward a February 24, 2023 release of their album “Islands in the Sky.” The first available song from among the eleven tracks is “What Are the Odds.” The song is bouncy and includes seemingly simple lyrics, but the song is more insightful than first appears. It’s not a mere a Madonna “We are living in a material world,  and I am a material girl.” Instead, Death Valley Girls ask whether déjà vu reflects the past or is a reflection of the future. The single theorizes, “We are living in a simulated world, and we are simulated girls.”

“What Are the Odds” by Death Valley Girls