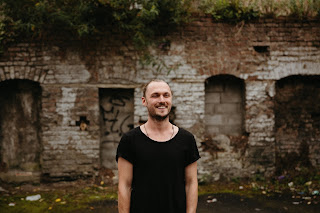 His music touches an emotion that a listener might otherwise want to avoid, then causes the listener to be thankful for the opportunity to embrace that emotion. The skill is particularly evident in Tiz McNamara’s single “Don’t Feel.”

It is difficult to understand the effectiveness of “Don’t Feel.” Yes, Tiz McNamara has a voice with a resonance and power well-suited for conveying his level of emotional investment. In “Don’t Feel,” he is able to generate a chill as he drops to a lower pitch at the end of a verse, then he reaches high notes during occurrences of the chorus. And certainly, the vocal reverberation during the chorus is gripping.

It’s the instrumental support that is somehow far more compelling than we can understand. We haven’t had the opportunity to see the song performed, but have mentally pictured the playing of the piano during “Don’t Feel.” The left hand is providing the melody at a lower octave. It’s not challenging, yet it’s emotive. More interestingly, a finger of the right hand repeatedly hits a single key. At times, the mechanical sound of key depression is undeniable. For example, in the final 20 seconds, the musical note and the depression of the key are heard. Thank you Tiz McNamara for a recording that includes evidence that the recording is not governed by electronics. Moreover, the "artifact" increases the texture of the single.

“Don’t Feel” is the third single from the upcoming debut EP of Tiz McNamara, an Irish vocalist/songwriter. The EP will be named “April Fool” and will be dedicated to his brother and father who died before Tiz’s first birthday (April 1). In a Facebook post, Tiz explained a temporary availability of a live version of “Don’t Feel:”
“This is a song about depression. I can remember so clearly a great friend of mine who was suffering from depression a number of years ago and I have never felt so helpless, all I did was listened when needed and years later he told me how much it meant to him to have someone there he could just talk to. There's such a stigma attached and it needs to change, be nice to each other and talk, talk talk.”

The video was "recorded on a @withgalaxy in the toilet of a 1 bedroom apartment."

Directed and Edited by Dylan Howe.
Posted by D & d at 3:23 PM No comments:

“Fear of Failure” by Sea Wolf – A Song Feature 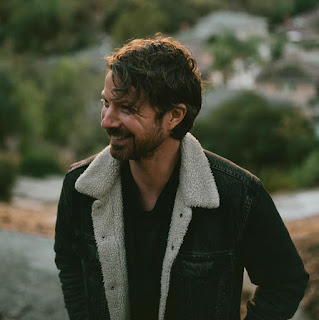 The start of “Fear of Failure” is a crystalline guitar that would not appear impressive on a sheet of music. Neither the note sequence nor the tempo would causes difficulty for a guitarist learning to play the pattern. Doesn’t matter – the guitar is attention-grabbing. The early higher note/lower note alternating pattern functions as an alert of a reason to be attentive, much like the European police siren, but more sonically pleasing.

The lyrics of “Fear of Failure” are relatable. Sea Wolf leader Alex Brown Church explains, “For me, this song is both incredibly personal and very much about the world we live in. It took a long time for me to get to a place where this song could come out, so it feels really good to finally be sharing it.”

In addition to Alex Brown Church, Sea Wolf includes Lisa Fendelander (keyboards), Joey Ficken (drums), and Scott Leahy (electric guitar). The band is based in Los Angeles. The album “Through A Dark Wood” is scheduled for release on March 20.

“Fear of Failure” by Sea Wolf

Lyrics of “Fear of Failure” by Sea Wolf
I don’t wanna lie
I don’t know what I’m doing anymore
Is there something to even live for?
Never did believe
Never could
Though it’d be nice to

“Haunted” by The Coronas – A Song Feature 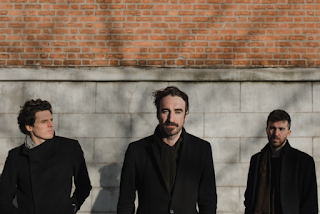 The Coronas followed-up their 2019 single “Find the Water” with another engaging release. “Haunted” showcases the band’s ability to craft melodically dynamic, hook-infused singles that span a broad vocal range. “Haunted” begins and ends with minimalist-yet-emotive piano. During the verses, the vocals and percussion increase their energy, while the guitar is merely supportive. In comparison, during occurrences of the chorus, the guitar demands its share of attention and the song becomes melodically and lyrically catchy. Still, The Coronas save the best for the 2:37 mark, when the combination of lyrical layering and forceful instruments texture “Haunted” and demand the attention of a listener.

The Coronas will release an album on May 29, 2020. The pre-release tour dates are listed at the bottom of this post. They include a visit to San Francisco (The Independent) on April 22 For ticket information to the SF performance, CLICK HERE.

“Haunted” by The Coronas


“Find the Water” by The Coronas

Lyrics of “Haunted” by The Coronas


Put it off 'til you see me
Be a better friend
I'm caught, gotta break away, yeah
We stalled it, we're stallin'

And it won't be wasted
I'll always give you braves
Didn't you let me chase it down, yeah
We fall the wrong way round
I'll say that it gets to you, yeah

“Break My Baby” and “I Want More” by Kaleo – Song Features

Special thanks to Chris Adams for originally alerting us to these Kaleo releases.


Our favorite band from Mosfellsbær released their first songs since 2016. Kaleo was formed in Iceland in 2012. They experienced a worldwide explosion with the release of the album “A/B” in 2016. The follow-up album will arrive later in 2020, but lead singles “Break My Baby” and “I Want More” are available now.

“Break My Baby” has the Bluesy guitar and Soulful vocals of Kaleo’s most commercially successful song, “Way Down We Go.” It is another demonstration of the vocal range and power of JJ Julius Son. He is equally comfortable when he visits the falsetto register as when he resides in a deeper, more resonant range.

“I Want More” is recommended for fans who particularly enjoy the 2016 release “I Can’t Go On Without You,” which also includes whistling and “orchestral” instruments. Still, “I Want More” steps up the orchestration, with its strings (violins, a cello…) and horns (French horn, trombone, saxophone…). We particularly enjoy the flute that accompanies the second occurrence of whistling (just before the two-minute mark). Moreover, “I Want More" is more dynamic in its use of energy and instrumental ebbs and flows.

They'll take you in and then spit you out
You're only worth how much you sell
Yeah now
You've come too far, we both agree
Just give the people what they need
Well, well

Will you turn away
Or will you take my place?
Does it start to show
Now the pressure’s on?
Will they call my name
When it all goes up in flames?
Oh, will you be by my side?

You know she loves to fake it
Break my baby

Watch as the waves
Fall back into place
So don't you leave me there wanting more
More, like before, more
I want more, more
'Cause I want more
Woooooo

Turn back
Leave all you had
Forgive, I'll forget
'Cause what we need is what we once had

If you leap, I'll come falling too
Running deep 'til that river’s through
I don't mind what you have to do
'Cause I won't think less, less of you