“Year of Love” by Beta Radio – A Song Feature 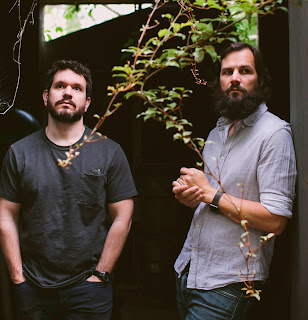 Beta Radio excels at maximizing the allure of selective harmony. Their songs feature lead vocals that are more than pleasing; there is a charisma to the voice that demands and commands the attention of listeners. By itself, the lead voice would carry the song and create a fan base for Beta Radio. Then, a single line in the lyrics, or perhaps only a portion of a line, introduces the harmony and bring a warmth to the song and the listener. The harmony exits as quickly as it enters, but soon returns for another brief appearance.
“Year of Love” showcases the vocals and judicious harmonization of Beta Radio. The lyrics are included in this post, with the harmony indicated by italics. The first six lines are a single voice. Even after you’ve heard the song often enough to know that a second voice is ahead, there isn’t an urgency to hear the harmony. But after the first six lines have generate contradicting lyrical concern and melodic calmness, there is another layer of charm in “I thought that any other way.” That charm reappears two lines later, but this time for only a portion of the line.
The attractiveness of “Year of Love” extends beyond the vocals. The guitar brings a serenity and the strings (synth?) carry a quiet sophistication. Brilliantly, the strings fade at 1:45, giving a false impression that the song is ending before the harmony suddenly awakens with a processing that increases the lushness of the single. The lyrics are also praiseworthy. In an explanation of the single, Brent Holloman of Beta Radio tied together politics, the pandemic, and harm that often is a consequence of ideology:
"I’m writing this a week after the mob attack on the U. S. Capitol building. I watched it all unfold on TV. When I was watching, I kept thinking about how our harmful ideologies cause us to inflict harm on ourselves and each other. I was also wondering: how do we more clearly see our own harmful frameworks when we are inside of them? This song, 'Year of Love,' is about ideology as well. It’s about exiting harmful frameworks, and about finding something even more beautiful on the outside. It’s about how we’re not separate, we’re all connected. It’s about what a year-long pandemic has wrought on us. And it’s telling a story of our own transformation."
Beta Radio is the Wilmington, North Carolina, duo of Benjamin “Ben” Mabry and Brent Holloman. Earlier in 2021, they released an EP entitled “Afraid of Love.” Indie Obsessive previously praised the contrasting vocal registers in the title track, so we will post “Don't Leave Me Behind” below. The song has the feel of the 1970's duo Kenny Loggins and Jim Messina, who also processed strong vocal skills and sometimes used “selective harmony.”
“Year of Love” by Beta Radio
Facebook: https://www.facebook.com/betaradio/
Website: https://betaradio.com/
Lyrics of “Year of Love’ by Beta Radio
Is this some stranger’s thought I have?
Or an implant, in my brain?
I don't recognize it, but I'm glad
Cause it's what's waking me up from a dream
Before I found out where to look
Before I found out what I was

I thought that any other way
Was desolation for my soul
I prayed for so much shelter from the coming storm
They said, "Your transgressions will make the Lord send you away"

A thread came loose from a seam
And love came near and intervened
And then I felt that old familiar feeling
You remember, the one when the universe walked through you 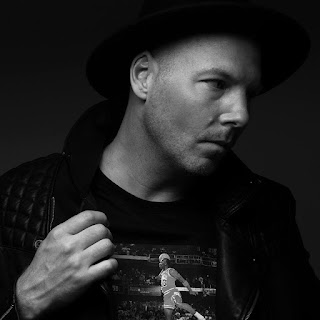 With his release of “Madness,” Zayde Wølf delivered another single that is perfectly tailored for cinema, video games, and other media in which music is used to emphasize determination and conviction to purpose, particularly if the purpose is to enter battle. Thunderous percussion, backing vocal shouts, and crescendos contribute to the pandemic-like motivational effect that “Madness” builds in listeners.
Zayde Wølf is the solo project of Dustin Burnett, a producer and musician based in Nashville, Tennessee. His music has been used in films and television shows, as well as trailers and television promos. So, the door is likely at least partially open for “Madness” to create another layer of opportunity to appreciate his skills. We hope the sports channels that carry college basketball’s March Madness recognize the opportunity.
While explaining “Madness,” Dustin Burnett quoted the lyrics and then provided some insight:
“’Last chance / The time has come / Step into shadows / Army of one.’ This is a song for the anti-hero channeling all that pain and frustration… and madness, and using that for fuel.”
He also noted:
“I love watching shows and movies with dark story lines with protagonists who are sort of broken-should-be-heroes. Writing ‘Madness’ is what I imagine these anti-heroes would be faced with. To the Kylo Rens, Jon Snows and Batmans out there, this one’s for you.”
Zayde Wølf is scheduled to release his third full-length album on May 7, 2021. “Madness” and the single “Back At It” will be among the thirteen songs on the album, which will carry the title “Neon Blood Type.”
“Madness” by Zayde Wølf

Website: http://www.zaydewolf.com/
Lyrics of “Madness” by Zayde Wolf
Last chance
The time has come
Step into shadows
Army of one