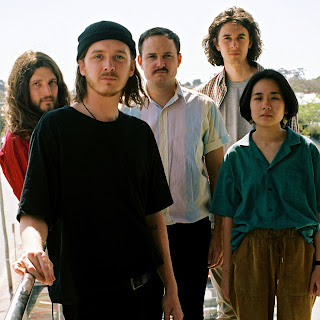 Ah Trees is a band from Perth, Australia, formed in 2015. They take inspiration from the New Wave, Alt-Rock and Post-Punk sounds of the late 80’s, as well as elements of funk and electronica, manifesting into a kind of dreamy weird-Pop Dance-Rock. Ah Trees has seen many lineup changes over the years, however frontman Ryan Adair, guitarist Charles Douglas and bassist Harry Livings have been permanent band members and songwriters. The other two members are Francesca Hocking (vocals) and Bryan Ryan (guitar).

In 2017 Ah Trees released two singles, a thought-provoking music video filmed in Vienna as well as an extensive live schedule with performances across WA, including a curated residency at The Odd Fellow in Fremantle and a tour of WA’s beautiful south celebrating the release of ‘Do It All Wrong’, the follow up to their self-titled debut EP.

Not a band afraid to experiment, in early 2018 they released a standalone single "Nomads & Pilgrims," a 7-minute ethereal journey of washed out synths and epic soundscapes. Ah Trees returned in October 2018 with a fresh new dreamy single "How Long Must We Wait."

“How Long Must We Wait” by Ah Trees

"Doctor Please" by Jim and Sam – A Song Feature 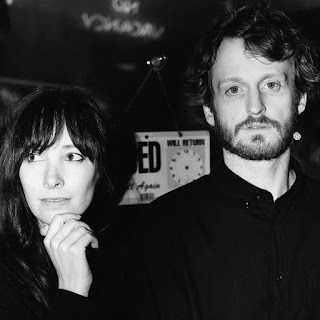 “Tell us something good doctor, please.” It’s a plea we are revisiting. Only a small number of fortunate people have not been in a situation that is beautifully touched by Jim and Sam, a husband-and-wife vocalist/songwriter duo based in Los Angeles.

"Doctor Please" by Jim and Sam 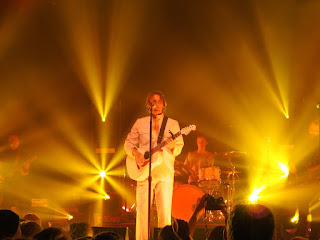 Lyrics of “pictures” (feat. Kacey Musgraves) by Judah & the Lion
Too scared to move these things from this home we made
So many good memories and some fatal mistakes
And I know that you love me still but we're not the same
And if I'm being honest, I don't really want you this way

But you were mine always, and now you're gone
Look what we've become
Just another sad song of a love gone wrong
I hate that I'm taking our pictures off the walls

KACEY:
But I guess I'm still processing
My whole world's been turned around
Every truth I knew since high school was a lie from your mouth
And we made our promises, yeah, we said our vows
But none of that really seems to matter to you now

'Cause you were mine always, and now you're gone
Look what we've become
Just another sad song of a love gone wrong
And I hate that I'm taking our pictures off the wall

HARMONIZED:
'Cause you were mine always, and now you're gone
Look what we've become
Just another sad song of a love gone wrong
I hate that I'm even missing you at all

“Just That Time of the Night” by ISLAND – A Song Feature 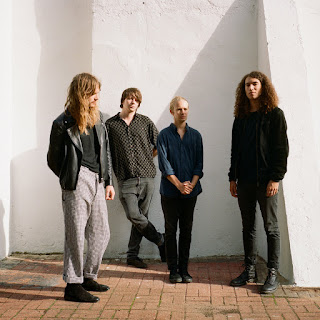 “Just That Time of the Night” is a slow-guitar-play, melancholic-vocals single with the power to change a listener’s disposition. The song is one of four tracks on the upcoming EP “When We’re Still” from ISLAND. The EP is set for release on April 12, 2019.


Quoting their bio:
ISLAND are a London-based guitar band whose history is characterized by old friendships, close bonds, and an almost telepathic mutual understanding. Forming as teenagers when frontman Rollo Doherty’s acoustic bedroom project was treated to the boisterous backing of guitarist Jack Raeder, bassist James Wolfe and drummer Toby Richards in a dingy windowless practice room where they began to painstakingly shape a sound which combined darkly twisting instrumental with a sweetly melodic songwriting nous that belied their age


“Just That Time of the Night” by ISLAND

“As The Crow Flies” by Øzwald – A Song Feature 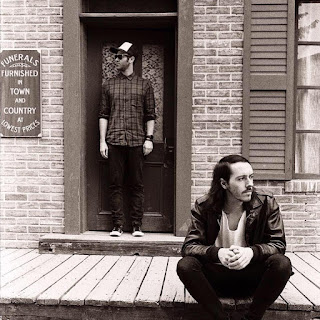 Øzwald is a supergroup with reach. The members are Steve Stout (from Blondfire and Lost Beach) and Jason Wade (from Lifehouse). With their lyrically intelligent song “As The Crow Flies,” the reach is to Arctic Monkeys.

“As The Crow Flies” touches upon anthemic existentialism. That is, the song is optimistic in its determination to face the unknowns of life:
And I won’t stop trying to climb
Digging my way through the found and lost
Got a thousand more miles of life to cross
As the crow flies

“As The Crow Flies” by Øzwald

I won’t
And I won’t stop

I won’t
And I won’t stop
[Repeated]

“Tomorrow” by Demons Of Ruby Mae – A Song Feature 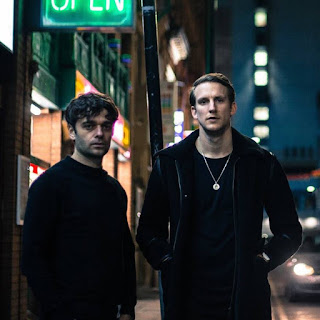 It’s appropriate to feature a song with a piano intro, since the music world is approaching international Piano Day (March 29). “Tomorrow” enters with a stately, piano-guided gait. Before departing with a synth-generated warble, the song moves seamlessly through shifts in tempo and percussive aggressiveness to strategically emphasis the message that the person is finally prepared to make a long-term commitment.

The early vocals share characteristics with Michael Stipe of R.E.M., but “Tomorrow” stands on its own. It’s a single from Demons Of Ruby Mae, a UK duo based in Manchester. Jonny Gavin and Adam Rowley are originally from Leicester, but now reside in the thriving music scene of Manchester. After releasing their self-titled debut last year and signing to North American and European labels (Anti Fragile Records and Long Branch Records respectively), Demons Of Ruby Mae return with “Tomorrow.” Quoting content regarding the single:
"The band have been in the studio working with producer Phil Bulleyment (Gaz Coombes, The Slow Readers Club, Blossoms) and in their own words, 'Tomorrow' is an uplifting song about learning from mistakes, writing your wrongs and appreciating those around you. Featuring singer Jonny Gavin’s signature vocal features on top of a crescendo of pianos, synths, guitars and drums, the track substantiates just why the band became one of BBC Introducing East Midland’s Top 20 artists played in 2018 and were included on Spotify’s Hot New Bands and Best of Indie Pop 2018 playlists."
“Tomorrow” by Demons Of Ruby Mae

“Young Evil” by Yes We Mystic – A Song Feature 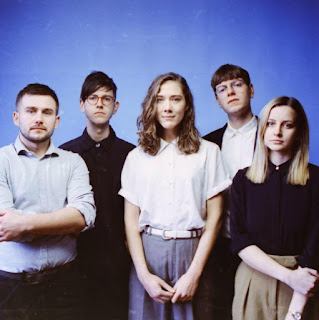 With all the moving parts, “Young Evil” defies conventional Indie thinking around melodic aesthetics. The percussion in particular carries an aggressive urgency, while the vocals are purposeful in communicating the song’s message, at least until the vocal sampling at the outro. Other contributions to “Young Evil” select sides, as for example the trumpet choosing the less frenetic approach early in the single from Yes We Mystic.

“Young Evil” is from the album "Ten Seated Figures" by Yes We Mystic out April 19, 2019 on DevilDuck records. Quoting the band:
Like most things we do, production on this song is a juxtaposition of intimate and grand. For the majority of the two years that “Young Evil” spent coming to fruition, it was just Adam alone in a small, dank room – capturing ideas the moment they were conceived. Eventually, we relocated to a studio for drums, guitars, and vocals before moving to Montreal where renowned classical string group, collectif9, contributed strings in a grand hall.
Production on “Young Evil” also includes panicked vocal loops, octavized trumpets, pitch-shifted keyboard choir, two people sitting on the floor while turning the knobs on a monophonic analogue synth, and real drums being layered one track at a time.

“Young Evil” by Yes We Mystic 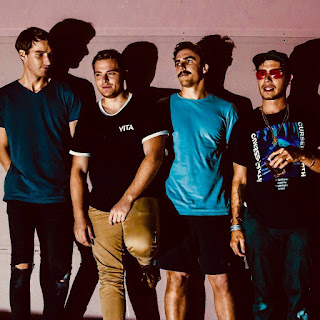 Whether to upload songs to Soundcloud is a difficult business decision. It’s an oversimplification of the factors and relevant streaming platforms, but the decision can be described as a selection of Spotify revenue sharing versus Hype Machine worldwide exposure. Spotify pays a band/artist a small amount (extremely small) each time a song is played. Soundcloud does not, so if fans of a band use Soundcloud rather than Spotify, the band loses much-needed income. The flipside is that Hype Machine, the most popular aggregator, will repost a song featured on one of its contributing blogs only if there is a Soundcloud or Bandcamp upload.

Well, Australia’s Young Lions have made the selection. Songs from the Brisbane-based band are not on Soundcloud or Bandcamp. They are flying under the radar in the U.S., but we respect their choice. The members are Zach Britt (Vocals), Morgan Castle (Bass), Matt Gibson (Drums), and Ryan Allison (Guitar).


Lyrics of “HELP.” by Young Lions
It's not easy to say this
But I'll try to get it all out
I think I see the future but I just can't figure it out

I think I'm scared of myself
It's getting harder to deal with
Wish I was somebody else
And now I'm stuck on a feeling
Oh God, I think I need you to
Help, help, help
Help

I think we're scared of ourselves
It's getting harder to deal with
We wish we were somebody else
And now we're stuck on a feeling
We're scared we've got no one to
Help, help, help
Help
No one to help