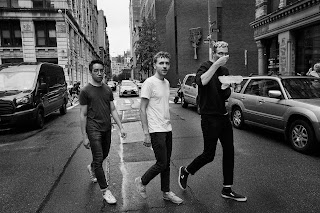 Noble Kids are a Brooklyn-based trio. Their single “Jaws” is from an upcoming album, “Pretty Messy,” which is scheduled for release on February 22, 2019. They describe its contend as “a bold collection of songs that speak loudly and clearly about queerness and identity, through personal experience and interpretation. It represents the messy but honest process in which they created the record, and the dynamic among the bandmates - A little messy pretty.” 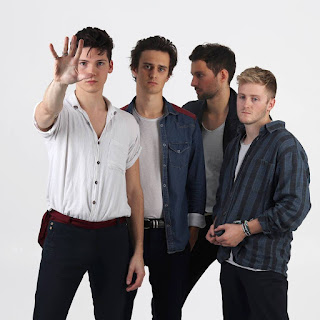 The guitars and the vocals of “Brand New Day” are commanding in the high frequencies, as best evidenced in the final 30 second of the song. The song belongs to Iridesce, a quartet in London (Camden Town). The band explains that “Brand New Day” discusses the hypocrisy of human emotion and contrasts dark lyrics against a feel-good Indie Pop sound. 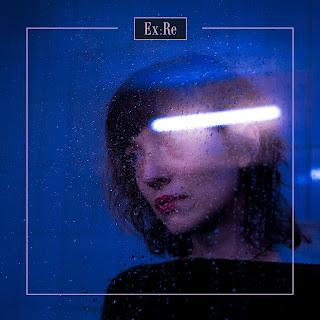 With equal shares of happiness and concern, we read the review of “Crushing” on the KEXP site. The song is from Elena Tonra, the guitarist and lead vocalist of Daughter. The happiness was a result of hearing new material from one of the purist voices in Indie. The concern was that Daughter was no longer an entity. Thankfully, the Facebook page of Elena states that her solo work is “running in parallel to Daughter.”

Ex:Re (pronounced x-ray) is the moniker of Elena Tonra and the name of her ten-song album. KEXP made the track “Crushing” its Song of the Day. For the station’s review and free download, go to http://kexp.org/podcasts/song-of-the-day/2018/12/24/exre-crushing/.

Lyrics of “Crushing” by Ex:Re
Lean back
Half-rolled cigarette
Not speaking at all
There's no one else
Out here
It's clear I waited too long

I guess attention spans are lessening
It's a lesson in humans using machines
To show their feelings
(Who, who, who, who)

Where did you go?
I can't wait more hours
I've been there so long
Longing for you to please be an adult
And you use your mouth
In ways that I can't right now
'Cause I'm choking up
I'm crushing
Crushing

I guess attention spans are lessening
It's a lesson in humans using machines
Crushing
To show their feelings
(Who, who, who, who)

I guess attention spans are lessening
It's a lesson in humans using machines
(Crushing)
To show their feelings
(Who, who, who, who)
I'm crushing

I guess attention spans are lessening
It's a lesson in humans using machines
(Crushing)
To show their feelings
(Who, who, who, who) 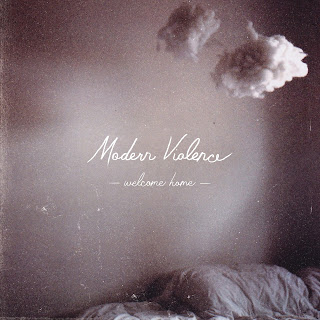 Modern Violence released its first single from an EP that is scheduled to drop in early 2019. “Welcome Home” compares favorably to a Bob Dylan song of the distant music-relevant past and to Sydney’s CREO of the present. Completing the timeline, the song should generate an optimistic buzz about the future of the five-member band from Jacksonville, Florida.

We are not predicting that the song from Modern Violence will have the longevity of a Bob Dylan classic. Still, like Dylan’s “A Hard Rain’s A-Gonna Fall,” the lyrics of “Welcome Home” reflect a conversation. While the Modern Violence song doesn’t take Dylan’s question-and-answer format, both songs begin by greeting a recently returned member of the conversation. And both contain symbolic imagery about their target subject matter. “Welcome Home” is a conversation between two close friends about a toxic relationship; a conversation where best interests are at war with desires.

Turning to the comparison with the sound of Australia’s CREO, “Welcome Home” is similarly characterized by vocals that initially draw attention when the focus is on melodic presentation and later sweep the listener into the current when the emphasis shifts to conveying the depth of emotion. The early verses of “Welcome Home” have the melodic focus, with angst becoming apparent during the chorus. The final verse is dominated by the anguished vocal persona. If you’re unfamiliar with CREO, probably the best song for the comparison is “Behind the Beat,” since it’s an “anguish crescendo” (for the Soundcloud stream, CLICK HERE).

The appeal of “Welcome Home” is not limited to the vocals. The piano sometimes leads and other times follows the many shifts in the song. Initially, “Welcome Home” benefits from the percussive drive and when the guitar steps forward, it does so with a tasteful hook.

The members of the Jacksonville band are Jesse Brantman, John Shannon, Jeremy Blanton, Mike VonBalson, and Bobby Marino. They explain, "Modern Violence was born out of a shared desire to create melodic emo music with a focus on brutally honest lyrics and poignant story telling." 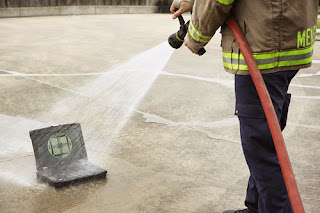 As we note each year, the “best of” music lists provide a great vehicle for discovering music that we missed. During the year, the volume of interesting songs is so great that the expression “drinking from the fire hose” is appropriate. We try to read as many December lists possible.

It’s an adaptation of an arbitrage pricing approach developed in 1973 by Fisher Black and Myron Scholes. The good news is that the complex portion is multiplied “0, so the complex portion is completely irrelevant to the outcome and should be ignored.
Consequently, the ranking of a particular song is based on its value of P, where P is personal “preference.” Pretty simple – if we like a song slightly more than another song, it ranks higher. The flaw in the process is that the P value for a song is dependent upon our mood at the time, so the order of songs is likely to change from one day to the next. But while the order may change, the songs remain on the list, so you probably don’t care.
It should be noted that the ranking reflects the blog's focus - Indie artists on the rise. The bias is toward bands that deserve more attention than they are currently receiving. Oh, and the 2018 qualification is based on when we discovered the song. With only a few exceptions, the songs were released in 2018. Those few bands welcome the additional exposure. So, we don't feel badly.

5. "Unconditional Love" by Unknown Neighbour (from the post of June 10)

10. "Eternal Ride of a Heartful Mind" by Piqued Jacks (from the post of November 29)

This is the second set of ten Indie songs of 2018. We acknowledge the fact that it is difficult to rank the tracks. If the process were repeated sometime next month, some shuffling would certainly occur. The bias is towards bands and artists who are not receiving the attention they desire.


16. "Even The Joker Cries Sometimes" by Hegarty (from the post of February 18)

19. "Flowers In The Basement" by Mammoth Indigo (from the post of February 20)

20. "Away From the Rousing Parades" by Callum Pitt (from the post of July 13)

This is the third set of ten Indie songs of 2018. We acknowledge the fact that it is difficult to rank the tracks. If the process were repeated sometime next month, some shuffling would certainly occur. The bias is towards bands and artists who are not receiving the attention they desire.

22. Swim Team Sucker" by Castle Pines (from the post of September 14)

30.  "Where the Dandelions Roar" by The People The Poet (from the post of February 3)

This is the fourth set of ten Indie songs of 2018. We acknowledge the fact that it is difficult to rank the tracks. If the process were repeated sometime next month, some shuffling would certainly occur. The bias is towards bands and artists who are not receiving the attention they desire.

32. "Devil on My Shoulder" by Arts Fishing Club (from the post of October 4) (Still a free download.)

39. "Celebrate" (feat. The Unlikely Candidate) by Dirty Heads (from the post of January 11)