Is it fair to judge a song by the first few bars? With so many songs becoming available on a daily basis, it’s tempting to assume that it is. Here are two songs that refute the assumption. 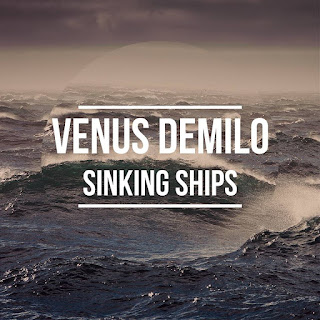 The intro of “Sinking Ships” by Venus Demilo is a repeating pattern of single syllable words, with no intent to form a sentence. Standing alone, the intro would lead to the conclusion that the song has a musical sophistication on the same level of Two Door Cinema Club’s “I Can Talk,” which employed the same approach to an intro. No disrespect to the earlier song, but “Sinking Ships” should not be compared to “I Can Talk.” The song of Venus Demilo is thoughtfully arranged to reinforce the message of the lyrics. Merely as one example, the entrance of the band vocals at 1:35 is effective in emphasizing the poetic, heartfelt message of “Sinking Ships.” 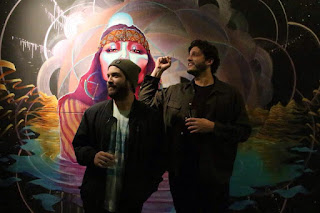 The simplicity at the start of “Wake Up (111th Dream)” masks the lyrical sophistication that follows. Another reviewer creatively compared the intro to Owl City’s style (“Shooting Star”?). Truthfully, sometimes the vocal delivery style masks the sophistication of the lyrics of the song by Magic Bronson. But quoting the press material of the band:
“'Wake Up (111th Dream)' was written by Matthew Lieberman following a fresh break up with his girlfriend. After a wild weekend of partying to help ease his pain, and after weeks of listening to his old vinyl of Dylan’s Highway 61 Revisited, Lieberman sat down at his keyboard and wrote the emotionally-charged lyrics that evoke love, heartache, redemption and longing. He then threw in a few pirate ships, a game of truth and dare, and the names of some of his key life-influences to layer the lyrics and add to their surreal, dream-like quality. Michael Nicastro ratcheted up the song a few notches by reworking the arrangement, adding a catchy synth melody and bringing in Edgar Sandoval to play violin; the strings lend the song an eerily-cinematic feel that builds and bursts as Nicastro implores himself to 'WAKE UP' from his dream. It’s a haunting and emotional ride from first note to last that becomes increasingly nuanced with each and every listen."