Free and Legal Downloads? Yes, at least temporarily. Bands often temporarily permit free downloads of their releases.  The end of an offer may be based on the expiration of a set period of time.  But at least for now, here are songs that qualify as Free, Legal and Recommended (FL&R) downloads.
Finding songs that can be legally downloaded is easy. The difficult task is to find legally downloadable music that we recommend. Our plan is to post at least one FL&R song each Friday.

The frontman for Daddy Lion, Jeremy Joseph, moved to South Carolina in pursuit of a doctorate degree in philosophy. It’s not surprising that his songwriting reflects a deeper than normal understanding of philosophical teachings. We, on the other hand, had to do our homework. Abraham Maslow wrote a paper in 1943 in which he described a pyramidal hierarchy of needs. Survival needs (such as food) provide the base for the pyramid, while self-actualization sits atop of the hierarchy. The lyrics of the song “Maslow” (included below) seem to relate best to that top layer, but touch upon the layer immediately below (esteem).

“Maslow” will be one song on a multi-track upcoming release that is currently referred to as “learn to have nothing and you will have everything.” The members of Daddy Lion are Jeremy Joseph (lead vocals, guitar), Randal Franklin (bass, vocals), Bart Ballington (drums, vocals) and Chris Johnson (synth). The cello in “Maslow” is provided by Amy Cuthbertson.

Lyrics of “Maslow” by Daddy Lion
I ain't genuine. I sleepwalk my days
Through a cybernetic robotic haze
I'm waiting for something, something to take me

I'm a pillar of salt left out in the rain
Simultaneously melting and going insane
I'm looking to you, for you to save me
From myself and hate

I'm afraid that it's too late, too late
To get above. To get on out
And it tears me up in smoke. No joke

I don't think bout nothing. I'm an empty head
Just electric circuits doing what they said
I'm a wooden soldier. I ain't a real boy

I'm going down, down the rabbit hole
'Cause every path they've shown destroys me
I'll become. I'll become what I want 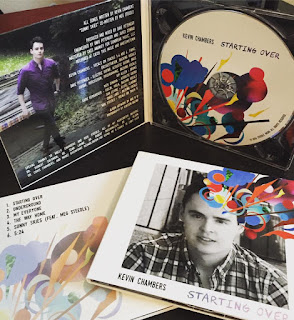 Kevin Chamber is a singer/songwriter currently located in Nashville, Tennessee. “The Way Home” is available on a name-your-own-price basis. The message is a good fit with Maslow considerations. The song is on the “Starting Over” EP, which was released in July 2016.

“Lyrics of “Way Home” by Kevin Chambers
Don't know how it starts, but you know the feeling
Suddenly you're pressed up against a ceiling
We've been through this before

But here we go again, running 'round in circles
Ready on your mark to jump these hurdles
And end up on the floor
With no sense of direction

Sleep until you're numb and the light starts fading
Try and slow it down, but days are racing
And time won't wait for us
You're ready to move on, but you're still uncertain
Coming to the close, the final curtain
A stage reduced to dust 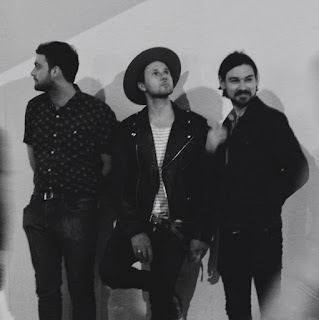 “Talking to Myself” is a track on the debut EP release from Crystal Cities, a trio from Sydney, Australia. The EP is due on March 3 and will be entitled “Who’s Gonna Save Us Now.”
The members of Crystal Cites are Geoff Rana (vocals, guitars), Jared King (bass, backing vocals), and Daniel Conte (drums). In the song “Talking to Myself,” the vocal register and processing establish an ethereal environment, while the bass line, guitar and drums guide the listener through that environment.
“Talking to Myself” - If your browser doesn’t show the download arrow within the Soundcloud stream, go to the Soundcloud page (CLICK HERE) or the Bandcamp page (CLICK HERE).