Haim at the SF Fillmore – A Concert Review 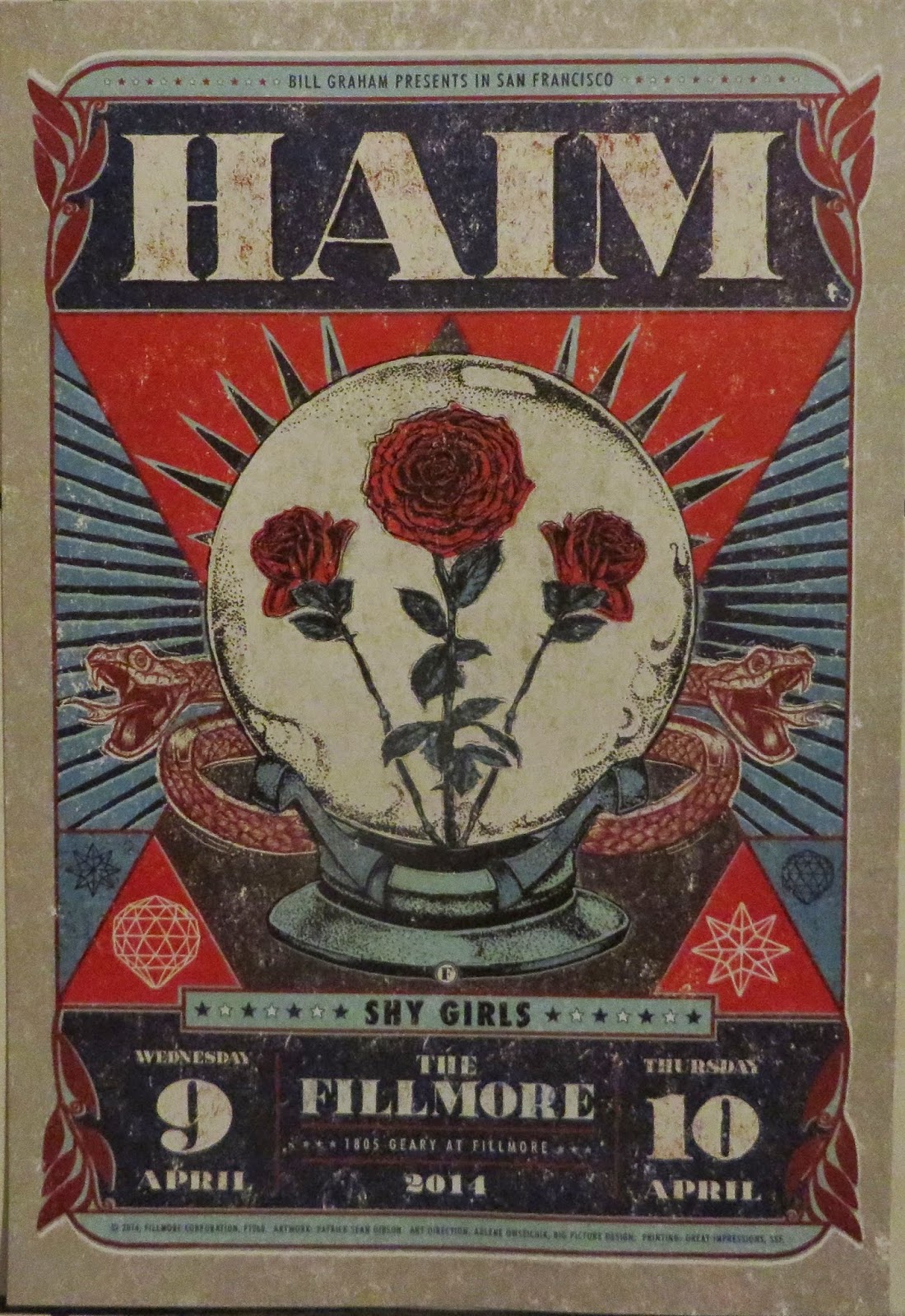 Bottom line concert review – Haim continues to develop as both musicians and entertainers, the two most important aspects of being a band that generates concert buzz.

Haim sold out back-to-back shows at the Fillmore. The three sisters and their two supporting band mates did not disappoint. The audience knew the music, sang along, and showed its appreciation at all the appropriate times within songs, not just between songs. The sisters’ banter with the audience and with each was comfortable and endearing. The performance had a tightness that comes with playing together for so many years and for such a large number of shows (Haim fits the music dictionary definition of “tour band,” although they also do well with record sales).
Our “relationship” with Haim is unique for us. With every other band we see live, there are songs that are included on a “best of” setlist of some sort. And with those other bands, at least one song triggers an energy boost when it is unexpectedly played by a friend or it hits the radio speakers. But we don’t have a connection with any Haim song. Instead, the connection is with the live performances by Haim. Our first opportunity was a Monterey, California concert in 2012, when we went to see other bands. Haim was a little-known opening act. All seven people in our group became fans. Our last opportunity prior to this week was at a festival in Austin, Texas. In comparing notes after the festival, we agreed that a good argument could be formulated for Haim being the most enjoyable performance of the three days.

The two highlights of the Haim concert were:
1. The jam cover of the Fleetwood Mac song “Oh Well.” The song is not from the mainsteam late 1970's Pop version of Fleetwood Mac, with Stevie Nicks and Lindsey Buckingham. Rather, “Oh Well” came from the no-frills 1960's Rock version. And Haim rocked the cover.
2. Upon returning for the first song of the encore, the parents were invited to the stage, with the father manning the drums and the mother taking center stage as lead vocalist of another cover – “Mustang Sally.”
“Oh Well.” - The Fleetwood Mac cover 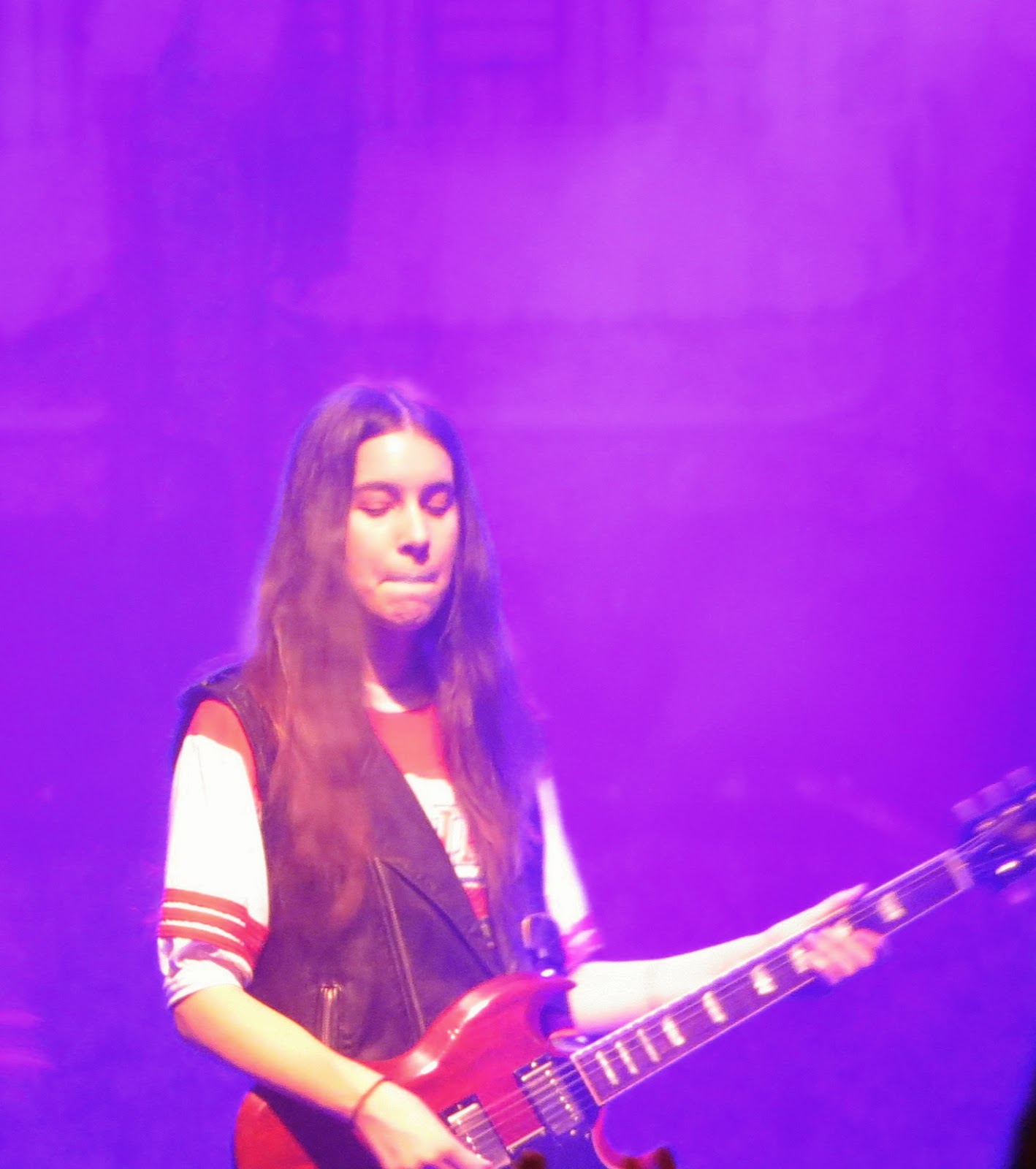 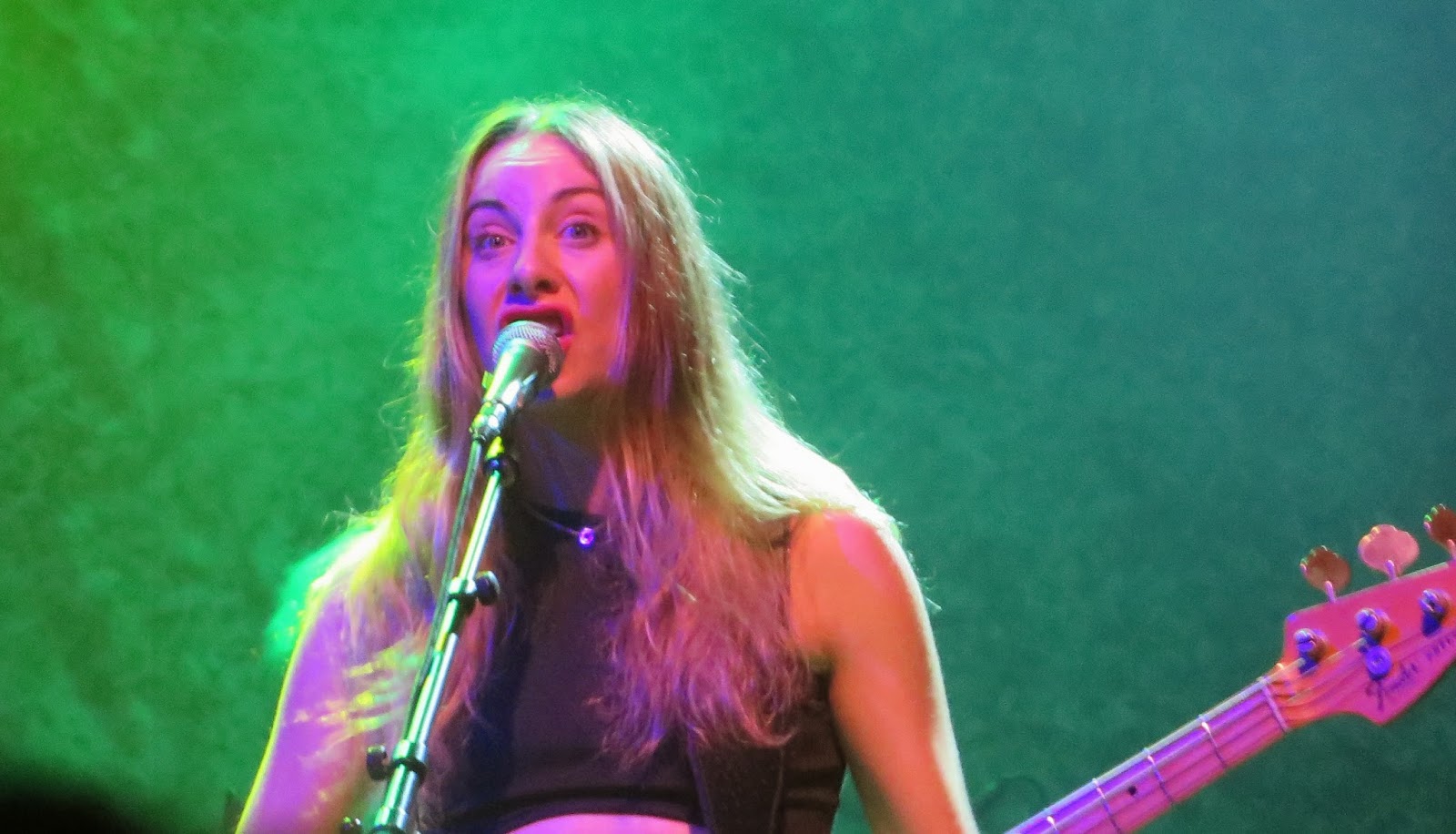 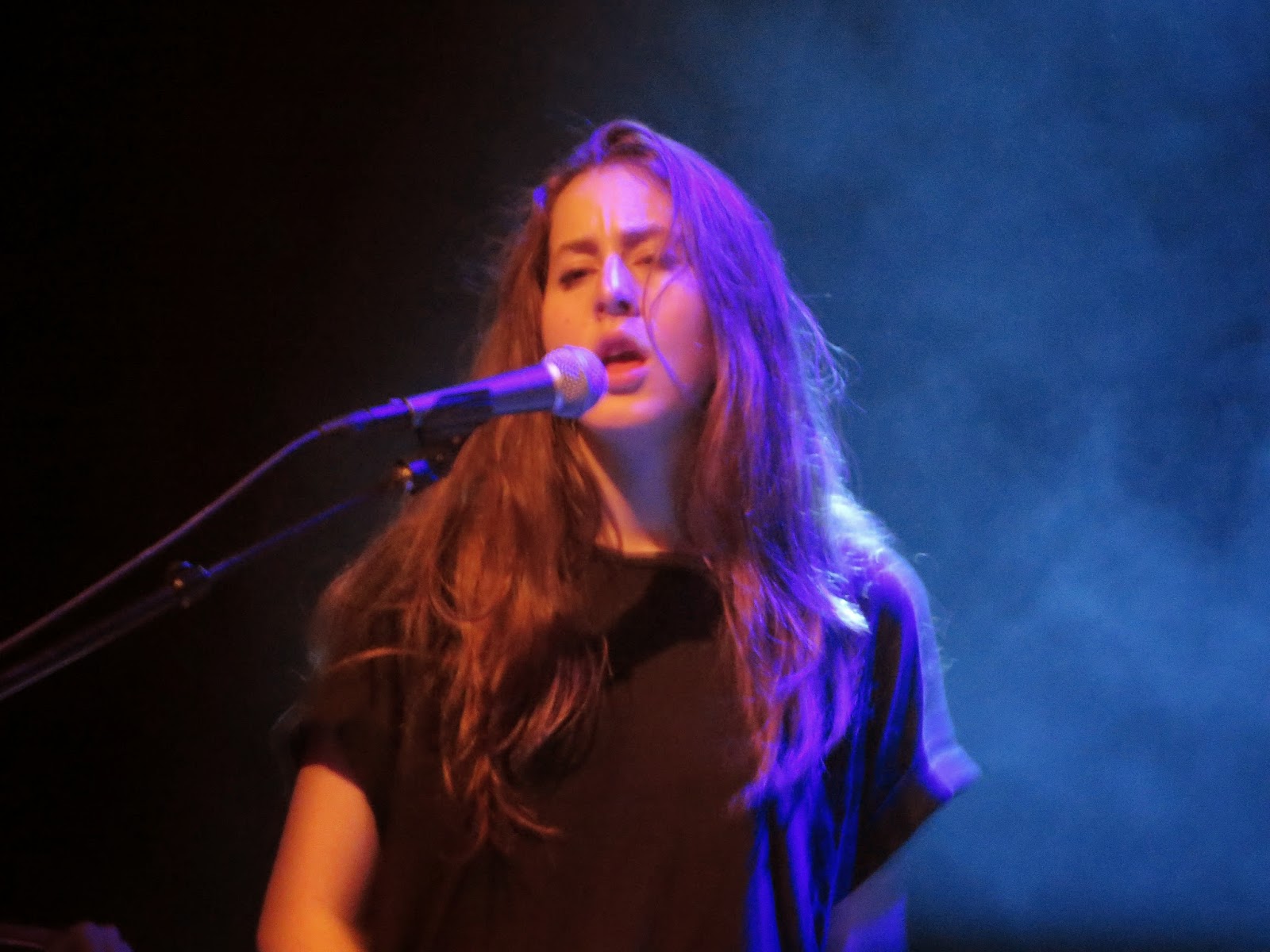