“Everything…” – Band and Song Titles

The theme of this blog entry is use of the term "everything" in song titles or band names in 2013. We may be late to the party with respect to discovering the band Everything Everything, but we arrived with our party hats firmly in place. 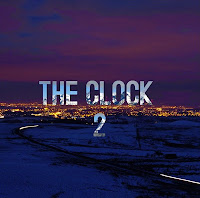 The falsetto at the start of “Everything’s Eventual” by The Clock is interesting, but does not hold the promise that is kept by this song. That is, some songs begin with a hook or other feature that grabs the listener's attention and creates an optimism that the song will turn out to be one that should be added to the playlist. But statistically, most songs don’t live up to the promise. “Everything’s Eventual” is the opposite, since it is the song taken as a whole that warrants the addition to a playlist of regularly played songs.
“Everything’s Eventual” is a song of shifts. The falsetto/piano beginning undergoes a shift when the guitar enters at 0:37. At 1:30, the keyboard is featured; then at 2:01 we get a mini wall of sound. And the up-tempo at 2:48 stops the song from even approaching a state of becoming stale.
The Clock is based in Glasgow. The members are Calum Stewart (Guitar/Vocals/Keys), Matthew Keenan (Bass), Robbie Stewart (Drums), Barry Lee (Guitar/Keys/Vocals), and Katy Murphy (Violin/Vocals).
"Everything's Eventual" by the Clock - currently a free download 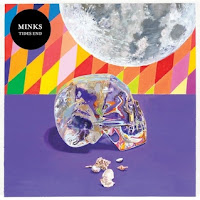 Minks is a duo from Brooklyn, New York and is comprised of Shaun Kilfoyle and Amalie Bruun. 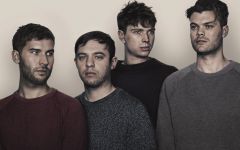