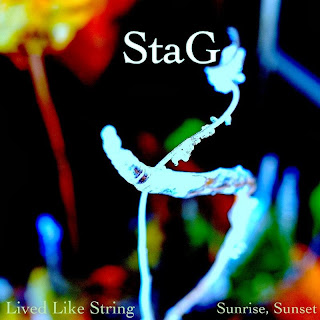 StaG is a three-member band from Los Angeles, California. We bumped into “I Think I’ll Shout” and after listening to the song a number of times, realized that it would be wise to look into other songs by StaG. Sure enough, there was “Lived Like String.” Comparing the releases over time, the early work (May 2011) of StaG fits more snugly into the “ambient” genre than “I Think I’ll Shout.” We like the direction the band is heading.
The members of StaG are Matt McGuire (bass, keyboards, sampling, and vocals), Will Walden (guitar and vocals), and Mac Welch (guitar, trombone, and vocals).


“I Think I’ll Shout” is the first single from StaG’s upcoming release of “Difference.” At times, the harmonization and guitar have the Lord Huron sound that we enjoy. At other times, StaG departs from that sound, such as when the guitars begin to rock at the 3:55 mark of the song.
“I Think I’ll Shout” by StaG