“Did I Offend You?” by Lauren Ruth Ward – A Song Review 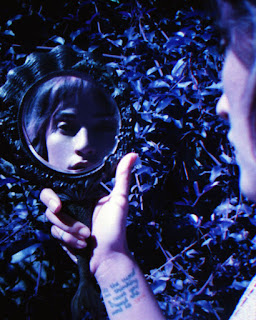 If there were a mathematical algorithm for reliably predicting Indie performers on the verge of a breakout, we would bet the name Lauren Ruth Ward would fly out after the data is input. Relevant factors for the prediction would certainly include vocal strength, performance charisma, and songwriting capabilities. For Lauren Ruth Ward, all three boxes are checked. Then, factor in her ability to fit equally comfortably within a Rock environment and a setting requiring sensitivity, her sensuous appearance, and her musical colleagues (band members and romantic interest). Everything is pointing in an upward direction.

“Did I Offend You?” is a song Ward co-wrote with guitarist Eduardo Rivera. In describing its inspiration, Ward stated:
“‘Did I Offend You’ is a song about self-reflection after an intense conversation. It can be taken from the perspective of a conversation with someone else or a conversation with oneself. I like giving that option to the listener. The song follows the trail of emotions ranging from regret to panic. This is also the first song that Eddie and I wrote together, so it has meaning to me on various levels.”

At times, Ward introduces vibrato to her vocals. It seems effortless, rather than forced. Another touch that makes a difference is the guitar/vocals cooperation at the end of “Did I Offend You?” The same line is repeated six times, which isn’t typically a positive. The difference is the low frequency guitar that tracks Ward’s voice, particular upon the word “down.” One other mention – the whistle-like feature (for example at 0:44) reminds us of LP (Laura Pergolizzi). Ward was a part of LP’s official video for “Lost on You” and the two have toured together.

Lauren Ruth Ward is based in Los Angeles, after moving from her hometown Baltimore. In addition to Eduardo Rivera (guitar), Ward is accompanied by Deanna Passarella (bass) and Doug Walters (drums).

Running with the masses, you're only getting fatter and paid.
Souls are what could break, your skin is only walls for some odd days.

Creeps on the other side, don’t let them tell you what to find.
Keep them where they lie.
Keep them there.
Keep them out of mind.