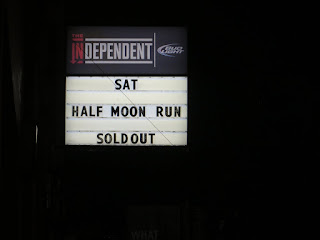 There are bands that must be seen to be fully appreciated. On Saturday January 16, two performed at The Independent in San Francisco. Emilie & Ogden opened. Ogden is a harp, which is skillfully played by Emilie Kahn. Her enchanting performance was followed by a stirring set by fellow Canadians Half Moon Run.
Bottom line review – Following the show, a regular and knowledgeable concert-goer, who is not prone to hyperbole stated, “This was one of the top five shows I’ve attended.” 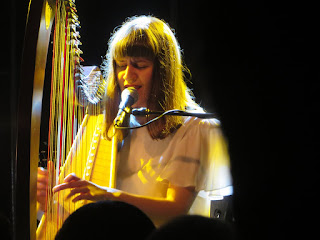 When considering the combination of the sound of the instrument and the visual enjoyment while watching it played well, there is no more beautiful instrument than the harp. Visually, it is much different experience than watching other instruments, since harpists use longer motions that are visible even at a distance. And it’s much easier to appreciate the physics of the instrument, as you hear the higher pitched notes when the shorter strings close to the harpist are plucked, as compared to the longer strings that are distant from the performer. 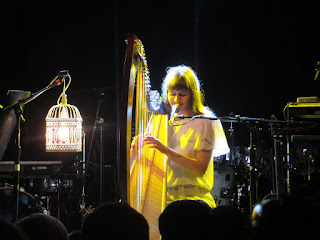 Typically, The Independent is far less than half full for an opening act, even when the event is a sellout, as it was on Saturday. We assumed we could show up 20 minutes early and have a position near the stage. The attendance for Emilie and her harp, Ogden, was not typical. Their setlist was well attended and highly appreciated. Emilie held attention, and the patrons were not shy in showing recognition for her talent. 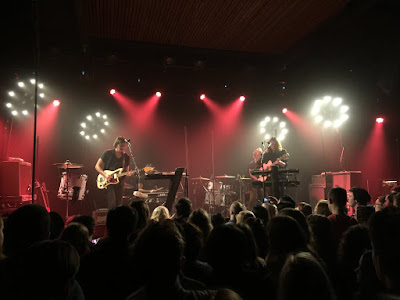 Half Moon Run started their setlist with “Turn Your Love.” Good call guys – the song had the energy to pull the crowd into the “space” that the band would control for the rest of the evening.


But it wasn't the high energy that made the evening special. If we were to single out one of the many “difference makers,” it would be vocal skills. Each of the four members has a voice quality that would make him a lead vocalist in most bands. As evidence, watch the video of a BBC studio recording of the song "Unoffered" at the bottom of this post (the use of a harmonica only adds to the attractiveness of the song). 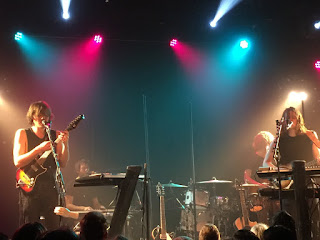 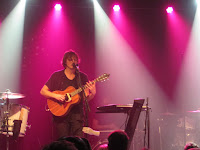 Half Moon Run returned with two encores. In the first, they played “Trust” and the crowd-favorite “Full circle.” For the second, Emilie joined the band in a cover of Dylan’s “I Shall Be Released.” It’s understandable why Clark considered this one of his top five live performances. 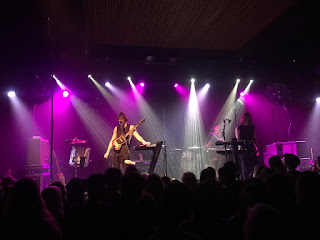 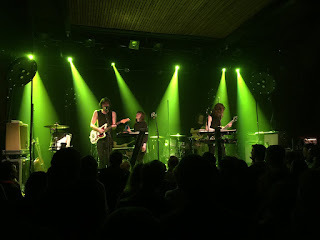