We were surprised to see there hasn’t been a “From the Mailbox” post since 2015. It’s time to breathe life back into this series. Hundreds of email submissions reach the Indie Obsessive mailbox each week. Here are recommended songs from recent submissions. 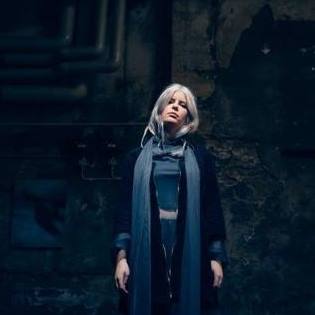 Earlier this year, we were impressed with “Ghost” by Mira Aasma (if interested, CLICK HERE). “Whale Song” is another reason to follow the career of this 19-year old.
Quoting the email submission (from Liv Slania):
"It’s hard to believe that at the age of just nineteen, Gothenburg-born vocalist Mira Aasma’s music is filled with such maturity and grace. The compelling sound of her voice has made her comparable to other celebrated artists including Florence and the Machine. Mira’s previous single 'Ghost' started getting her music noticed in her home country, Sweden. Additionally, in the UK she began receiving more attention-with multiple plays on Amazing Radio. Mira continues to demonstrate her talent as she not only written but also arranged and produced all of the songs on her upcoming EP, 'Stereoscope.'
During 'Whale Song,' the electronic beats combined with the soothing vocals produce a unique track that can be compared to music by notable artists including Daughter and London Grammar. The pace quickens towards the end of the song whilst the drumbeat accelerates, very MS MR-esque, which leaves the listener captivated and engaged throughout."
“Whale Song” by Mira Aasma

The alert about the band Sub-Radio came directly from one of its members – Matt Prodanovich. In listening to their discography, the initial gravitation was toward the song “Waiting.” But it’s “Some Days” that is more attractive with almost every listen. We have always been partial to both band shouts (such as the sudden “Put up a fight!” shout at 1:36) and crescendos (such as the one that starts around the 2:00 mark).
Sub-Radio is based in Sterling, Virginia. Quoting the band’s Facbook bio:
"The sextet's high-energy live performances and variety of outstanding vocalists have put them on the map at festivals up and down the East Coast. Sub-Radio is composed of Adam Bradley (vocals), Matt Prodanovich (guitar), Mike Chinen (guitar/keyboards), John Fengya (guitar/keyboards), Michael Pereira (drums), and Barry Siford (bass)."
“Some Days” by Sub-Radio 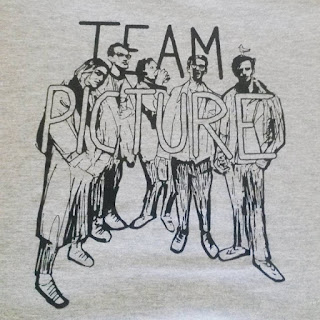 “Birthday Blues” by Team Picture starts as if it’s in the Post Rock genre, but the guitar cooperation that is characteristic of Post Rock soon disappears and there are even a few words: “Ain’t nobody wanna be friends with me.” A good description is found in the email submission from Matty Aston:
"Leeds alt-rockers Team Picture have announced the upcoming release of their debut single Birthday Blues. The track, the first in a series of single releases planned throughout 2016, serves as the perfect introduction to the band’s sound with their lo-fi fuzz pop and psychedelic noise combining to magnificent effect in a euphoric six-minute crescendo.
Drawing off psych rock influences with nods to the likes of Deerhunter and Thee Oh Sees, the one-part post-punk, two parts fuzz Yorkshire outfit have been hard at work in the studio on their debut release since forming earlier in 2016 with Birthday Blues the enticing product of these sessions.
Co-produced by Chris Mulligan, Team Picture’s Birthday Blues is released on 14th June and will be available to purchase on iTunes and Spotify."
“Birthday Blues” by Team Picture