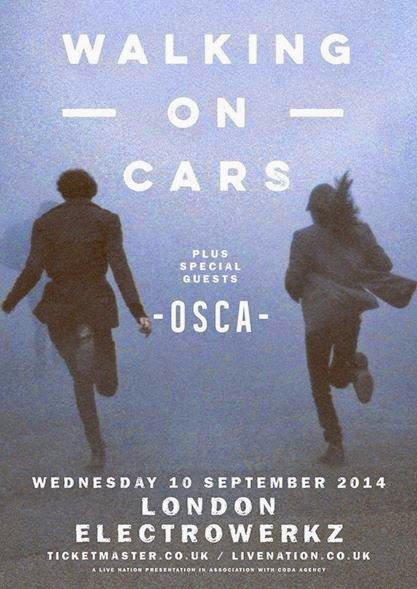 We have no complaints! Indie Obsessive is based in an area of the United States that receives more than its fair share of visits from bands we enjoy. Still, there are those times when we look jealously at pairings of bands in other areas. The above poster triggered one of those bouts with jealousy. Walking on Cars and Osca will share a London stage on September 10. If you favor bands with power vocals, strong piano accompaniment, and attention-grabbing percussion and guitar, then you want to be at the Electrowertz on September 10. The person who put the two bands together knows her/his music. 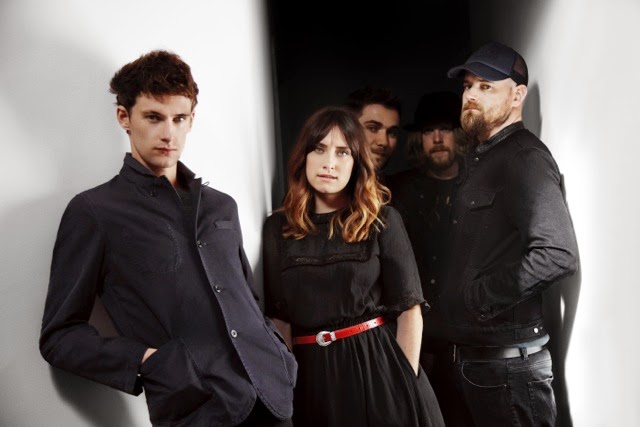 Walking on Cars is an Indie Pop/Rock band in Dingle, Ireland. The members are Patrick Sheehy (lead vocals and acoustic guitar), Sorcha Durham (piano and vocals), Paul Flannery (bass and vocals), Evan Hadnett (drums), and Dan Devane (lead guitar and vocals). Quoting the press material of Walking on Cars:
"Having met at school, lead singer Patrick, pianist Sorcha, lead guitarist Dan, bassist Paul and drummer Evan played their first ever gig at a youth cafe in their hometown of Dingle and a year later decided to break out and tour their music around the country. Needless to say it was hugely well received and the band began getting a lot of attention at Irish radio and on the live circuit.
Now signed to Virgin Records in the UK and for the world, Walking on Cars are about to take their soaring rock anthems to an international audience. The first single from their forthcoming EP is 'Hand In Hand,' a knee-buckling example of rock balladry at its finest as booming guitar riffs collide with indelibly gentle piano melodies."
"Hand In Hand" by Walking on Cars


"Don't Mind Me" by Walking on Cars


"Catch Me If You Can" by Walking on Cars 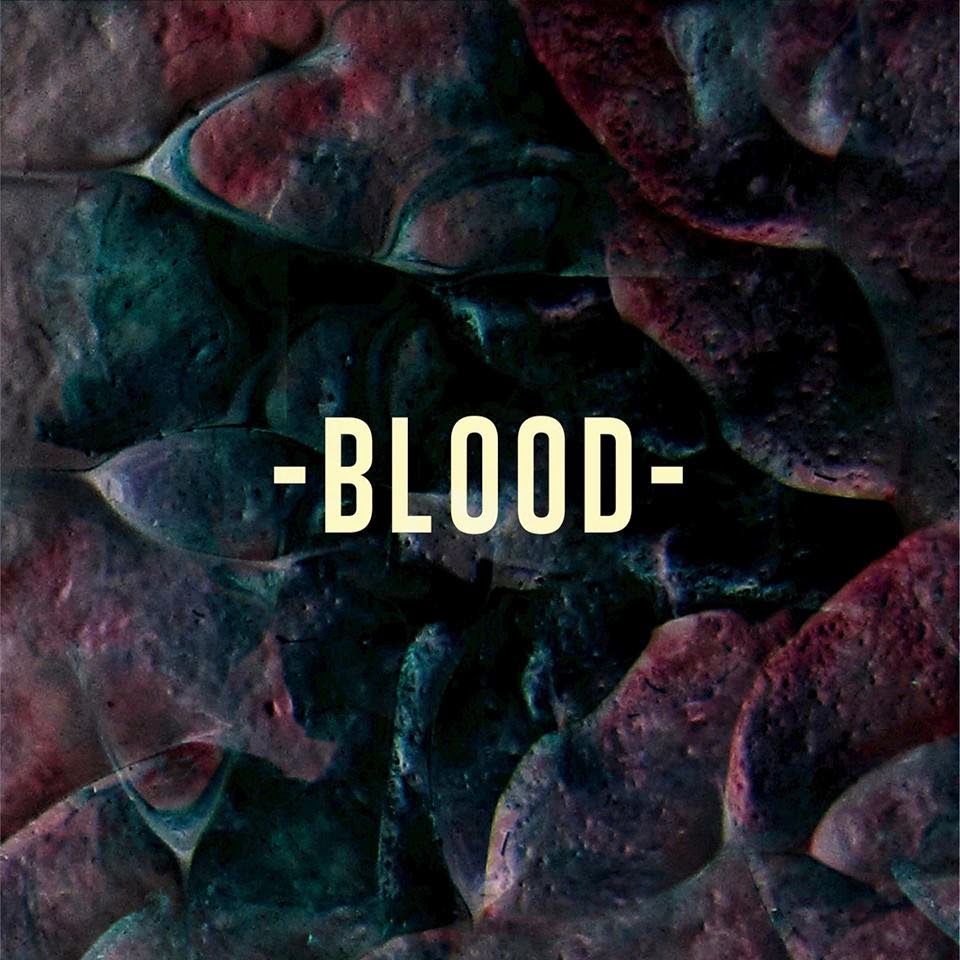 The song “Blood” by London’s Osca is like the attractive magician’s assistant, who disappears mysteriously, but reappears later to a round of applause. In February 2014, “Blood” received some attention in the blogosphere. Too quickly, it removed from Soundcloud. Today, it returned.
The members of Osca are Jack Kenworthy, Dom Potts, Sean Reilly, and  Alex Johnson.
"Blood" by Osca