The Night – A Band Review 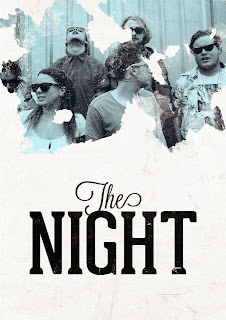 The date is a little fuzzy, but we have a clear memory of the reaction to first hearing “Put Me Out” by The Night. There was an immediate attraction. That was sometime in September 2012 and the appreciation for the song didn’t fade as we listened to the song with borderline obsessiveness. “Put Me Out” was one of our favorite songs of last year. Now, The Night is preparing for an EP release that should occur before the start of 2014.
The Night is based in Sydney, Australia. The members are Niké Self, Liam Berry, Neal Critchley, and Aidan Ludwig Gaspar Valderrama. The music of the band doesn’t easily lend itself to comparisons with other bands. Their Soundcloud page suggests Arcade Fire, Manchester Orchestra and Kings of Leon, but these bands don’t have the instrumental depth of The Night, with its much greater reliance on horn and string sections.
We haven’t seen the track list for the upcoming EP release. We don’t know if it will include “Put Me Out,” Regardless, the song plays a role in the success of the EP, since it is common for recognition of a band to hinge upon one song opening the door to awareness of the rest of the band’s discography. For us, “Put Me Out” opened that door and “Like This” justified the use of a doorstop.
"Put Me Out” begins with vocals and some basic piano play. The simple start don’t foreshadow the recurring energy builds, the passionate statements that follow, or the complexity in intertwining the lead vocals with the strong backing vocals, horns and other instruments.