“Everything We Do Is Wrong” by Tuvaband – A Song Review 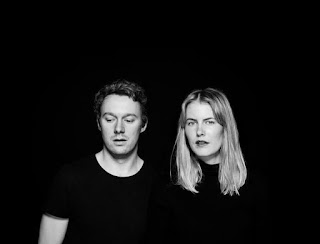 When 2,000 bands make plans to head to a single city, stories will emerge. Some will be tragic, others will be positive. In 2016, all of the members of a band (Viola Beach) tragically died within the month leading to their anticipated trip to Austin for SXSW. We don’t know the story of The Dunwells, but we looked forward to catching them at SXSW in 2016, and they didn’t make it to town.

This year, Tuvaband has a story. Perhaps they were able to find a solution in the last few days, but their Facebook page indicates that only one of the two members are in Austin for SXSW. The Oslo-based duo is Simon Would (guitar, piano, keys) and Tuva Hellum Marschhäuser (vocal, guitar, songwriter). On March 11, they posted:
"Bad, good and funny news...
Simons visa was suddenly rejected two days before going to SXSW/Texas, without an explanation....... The day before our flight we realized there was nothing more to do. After crying and hitting the wall the whole day, we thought we should find a solution. The night before Tuva was leaving we asked Signe Eide (the musician that were gonna play keys for us on SXSW) if she could learn all the songs and play alone with Tuva. It turned out she's a musical genius, and a quick learner!
So even though this is really stupid and sad, Tuva went to Texas alone. Yesterday she actually sung three songs on "Nordic cool hits Hot Austin" at Capital Factory with PLAYBACK on the guitar.... Playback. Thought she would never have to do that ever in her life. But now that's been tried out! So the rest of our shows in Austin will be with Signe Aanderaa Eide on these dates:
Mar 14: 1:15pm at Nordic Sauna Experience w/ The John Lennon Educational Tour Bus
Mar 15: 8:00pm at CU29
Mar 16: 12:00am at Sounds from Norway, Lucille
Mar 17: 1:30pm at Brooklyn Vegan/Øyafestival Day Party, Cheer Up Charlies"

It’s neither fair nor accurate to state that everything Tuvaband does is wrong. However, difficulties with getting things right is the theme of their latest release. In an explanation of the song, they stated:
"'Everything We Do Is Wrong' is coming from an underlying feeling of being trapped and sometimes paralyzed in a world where the normalized, daily stuff we do feels wrong, both for the planet and the people. How and what we eat, buying new clothes, and the stuff we acquire because we think we need it, but actually don't. 'Everything We Do Is Wrong' is a raw and stripped back song with a lot of emotions."

“Everything We Do Is Wrong” by Tuvaband