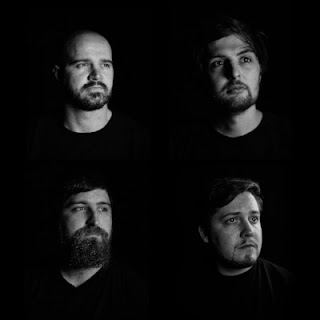 Seldom is the name of a band so fitting as with The People The Poet. Their songs are poetic in handling topics to which most people can readily relate. The thoughts-set-to-melody band from South Wales recently released a 12-track album, “A Short Obsession With Time,” via AntiFragile Music. The album speaks to the thinking of the young, when the only concern is with the present, as well as the thoughts of adults struggling with the passage of time. The album has a theme, but the individual tracks easily stand on their own.

“Kids On The Corner” portrays the mindset of the young – carefree, athletic, and loved despite being troublemakers, but blind to the realities of life. More poetically:
We were time-wasters
We were trouble markers
We were running at the speed of light
Running off into the night
Living without consequences
Jumping over all the fences
Angels in our mothers’ eyes
So oblivious to the coroner and his lies.


“Where The Dandelions Roar” is a song reflecting on childhood memories. Of the twelve tracks on “A Short Obsession With Time,” this is the one that best takes advantage of the band's vocal skills. The Rock guitars also play an important role.

“Where Did The Year Go” similarly looks back at the passage of time. We mention this track because of its Angels & Airwaves style guitar.

“Kids On The Corner” by The People The Poet


Lyrics of “Where The Dandelions Roar” by The People The Poet

Oh, the trees looked so tall and wise
Some days I’d climb them
Just to see the world through their eyes
Other days I sat in a burnt out car
And I’d drive my imagination wild

Where they roar
They roar