“Sick With Love” by The Whole Bolivian Army 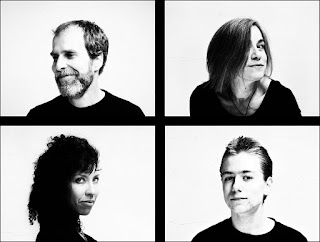 The band’s name is fitting, because individual forces don’t explain the overpowering effect of the combination. At the conclusion of the 1969 movie, Butch Cassidy and the Sundance Kid engage in a shootout with the whole Bolivian army. It didn’t go well for the pair. Carefully listening to the song “Sick With Love” doesn’t bring an immediate understanding of why the single generates a strong magnetic attraction.

Certainly, there are features of “Sick With Love” that are extraordinary. The vocal skills are on display when the instruments fall away for two lines just beyond the two-minute mark. But the lyrics are sparse (included below) and the most appealing guitar work is a hypnotic, repeating sequence of four notes (first heard at 0:23). It is not complex, but the riff is highly effective as a hook. The rhythm is carried by a strong bass line and skillful percussion that seem most comfortable when fitting into the fabric of the song. Attention grabbing, No; praiseworthy, YES!

“Sick With Love” is a track from the album “The Monster That Ate Her,” which was released in October, 2019. It is the thirteen album from The Whole Bolivian Army, who identify their sound as “co-ed indie rock fermented in the City of Destiny (Tacoma, WA).” The members are Matt Kite (guitar), Mary Beth Kite (vocals), Gibson Kite (drums), and Delia Gable (bass). Mary Beth and Matt are husband and wife, as well as parents of Gibson. Delia joined The Whole Bolivian Army in 2018, the same year as Gibson.

“The Monster That Ate Her” was issued on the band’s own label, Gargantuan Records. The album was recorded, mixed, and produced by The Whole Bolivian Army at the Kite house in Tacoma, WA. Producer and engineer Jonathan Plum did the mastering at London Bridge Studio (Seattle).

“Sick With Love” by The Whole Bolivian Army

I am sick with love