The 1975 and Bombay Bicycle Club 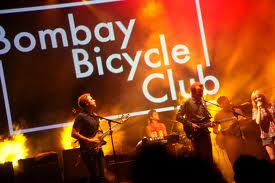 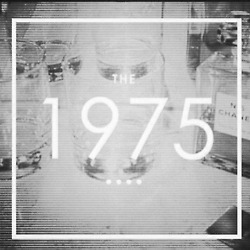 Recently, a band called The 1975 released “Chocolate.” We liked the song, but questioned each other as to why it sounded familiar. Then, we recognized the guitar sound as being uncannily close to one in a song by Bombay Bicycle Club. It may be a somewhat different riff, but the make of the guitar and any electronic processing has to be the same (at least by our ears). No complaint, the songs on the whole are very different and we enjoy the sound from the guitar.
The song that first brought attention to Bombay Bicycle Club was “Shuffle.” However, our favorite by the group is “Lights Out, Words Gone.” Bombay Bicycle Club is from London and includes Jack Steadman (lead vocals, guitar, piano), Jamie MacColl (guitar), Suren de Saram (drums) and Ed Nash (bass).
The 1975 is based in Manchester, which is a little over 200 miles from London. Maybe the two bands buy their instruments at the same store. The band members are Matthew Healy (vocals/guitar), Adam Hann (guitar), George Daniel (drums), and Ross MacDonald (bass).

So, it’s time for the comparison. The key is to use Soundcloud’s automatic shutdown of one stream upon start of a different stream. For “Chocolate” the guitar that is of interest begins 10 seconds into the song. For “Lights Out, Words Gone,” the closest match is at the 2:16 time mark. Even if you disagree with us, it’s time to get to know the offerings of the two groups.
“Chocolate” by the 1975