“Why” by Tales of Olde – A Song Review 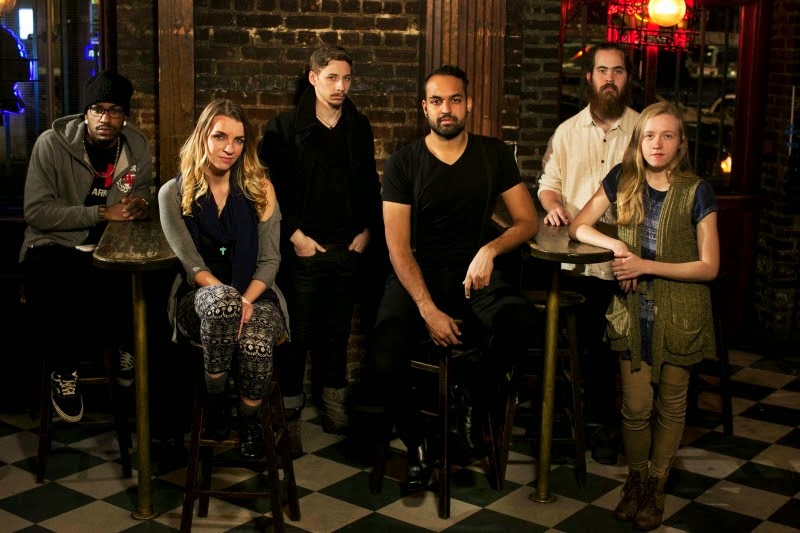 Particularly recently, it seems Indie Obsessive gravitates toward bands with siblings. Bands that include brothers or sisters are more than fairly represented in posts. Well, not this post, because members share last names by marriage, rather than birth. There are two husband/wife pairings. Way to change things up, Indie Obsessive!
The members of Tales of Olde are Lucas Cortazio (vocals  and guitar), Evelyn Cortazio (vocals), Ellen Story (fiddle), Drew Story (guitar), Jeff Kinsey (bass), and Al Cleveland (drums). They are based in Boston, Massachusetts, but collectively have roots in various locations. Their press release indicates that the members are from Brazil, Texas, Tennessee, California, and Illinois.

The single “Why” is a song that will withstand the test of time, since it includes many features that aren’t readily apparent with just a few listens.  This is true even if the considerations are limited to transitions between being subtle and being insistent. As one example, the fiddle plays an important, but purely background role, until it becomes more insistent during the final minute of “Why.” As another example, the vocals question “Why?” with a gentleness, until the question temporarily turns into a plea at the 2:38 mark. As a final example, the guitar work is sometimes “in your face” and other times merely a relatively quiet strum.
"Why" by Tales of Olde

"Little Bird" by Tales of Olde - This one fits more comfortably in the Indie Folk genre. Currently, the band is allowing free downloads.