“Ocean” in the Song Title or Band Name 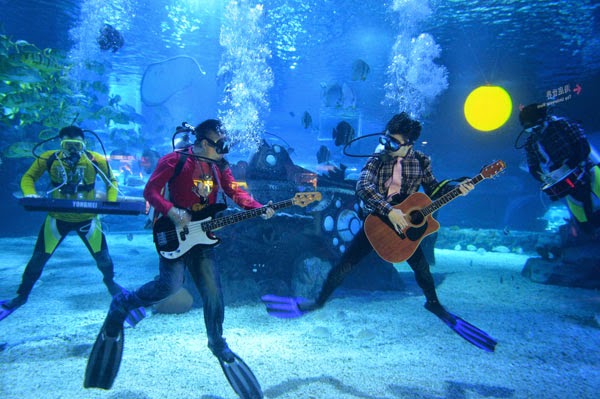 Within the last couple of weeks, a friend has recommended that we reconsider two bands and suggested that we pay attention to particular songs of the bands (thank you Clark). Coincidentally, both songs included the word “Ocean” in the title. Well, being easily distracted, after listening to both songs (and loving one of them - thanks again Clark), we started considering other music that included “Ocean” as part of the song title or band name. VOILA… a blog post!

It’s appropriate to start with the recommended song that we enjoyed, despite the lack of a Soundcloud stream and the despite the length of the song. “Red Eyes” is the song receiving attention from people considering the 2014 album of War on Drugs. But “An Ocean in Between the Waves” is the best exhibition of the skills held by this Philadelphia-based band. Embedded below is the video of the band’s performance of the song at the KEXP studio in Seattle.


This one goes back further than most songs posted on Indie Obsessive, but it’s from a band that uses a troubled past to its advantage.

“Into the Ocean” by Blue October

The next three songs are from bands that have already been introduced to Indie Obsessive.
Face the Ocean reminds us of the features that we enjoy about the music from Angels and Airwaves, so the song “Breathe Again” is a good choice.


Bad Suns just released a track that will be on their debut full-length, “Language & Perspective,” due out June 24th.


We received an email notification that stated:

"I wanted to get in touch as Coasts have revealed a new version of their anthem 'Oceans', which has been mixed by the legendary Alan Moulder (Foals, Arctic Monkeys). Coasts release the 'Oceans' EP via Tidal Recordings on 2nd June."

WARNING! WARNING! If you have ever moved too quickly in sampling music, only to play two or more songs at the same time, then you’re ready for A Sunny Day in Glasgow. Same, if you have ever watched a sporting event that has some benefits to different members of the team running unrelated offensive schemes. I am putting an effort into appreciating this band, because it is likely to be worth the effort.
"Bye Bye Big Ocean" by A Sunny Day In Glasgow


Ocean Hands is offering free downloads of “Pictures of What.”