The Mispers and Hudson Taylor - Something Different Than Conventional Voices 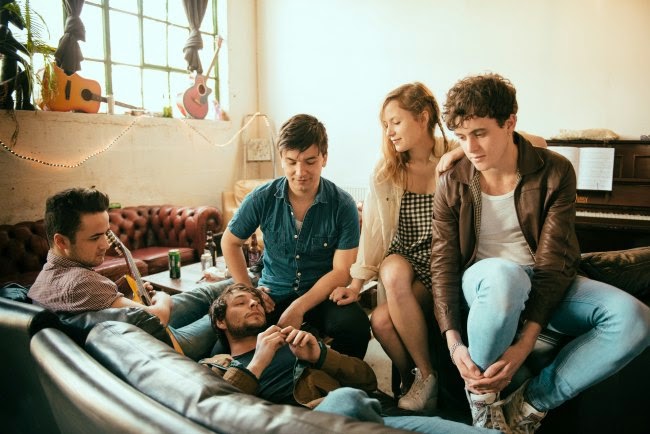 If you ask a group of music fans to identify the vocal properties that define a great voice, terms such as range, power, and pitch will be mentioned. In the Indie world, there is a clear appreciation for soothing melodic voices with range and vocal power. But this post is about an appreciation for slightly unconventional voices. This post is about The Mispers and Hudson Taylor,
The Mispers released the song "Dark Bits" this week. We haven’t tried to mask our obsession with the music of The Mispers, a band named after the police slang for “missing person.” The members of The Mispers are Jack Balfour Scott (lead vocals), Joey Arnold Zapata (rhythm guitar, vocals), Diego Porto Belmonte (lead guitar), Hannah Van Den Brul (violin, vocals), Jordan Grispino (drums)
According to their most announcement, the band submits:
"Dark Bits is an upbeat track about those unexpected twists and turns that can lead you to some of the darker corners on a night out. It's about following your instincts and going with your most impulsive desires. It is a celebration of those accidental hiccups that lead to chance encounters and the adrenaline rush of the unplanned." (The Mispers)
"Dark Bits" by The Mispers

Hudson Taylor comprises brothers Harry and Alfie Hudson-Taylor of Dublin, Ireland. The song “Battles” is worthy of attention in the blogosphere and beyond. The lyrics are interesting; our favorite lines start at the 1:18 mark and are pasted below. The song has some interesting production/arrangement features; our favorite is the piano that comes in momentarily at 1:33. And we enjoy the vocals.

I was losing now we're drawing
and I'm not afraid to draw my blood
I'm not backing down so I'd surrender cause you should
and face the truth.
You raise the flag I'll tear it down.

Oh You may have won the battle
but I'll take the fight to you
and your flag is on the ground
and your bones they rattle through,
as I break you,
Your fear has now come true