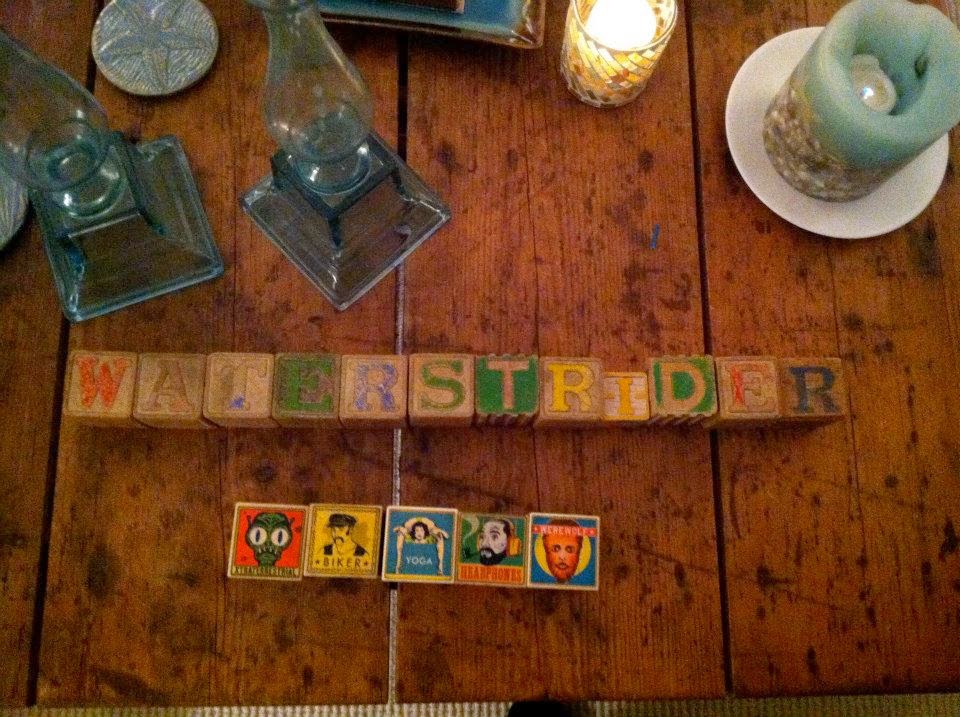 Kudos to local (Oakland, California) band Waterstrider on their new release "White Light."  An indomitable treasure trove of delights packed into minimalistic lyrics that seemingly soar just above grounding percussions and synthesizers. I particularly enjoy the intro, which leads to the 0:41 mark, where lead singer Nate Salman viper grips you with a unique transcendent voice while his bandmates ensure you are wrapped in an instrumental varietal frenzy.
Apologies in advance to my neighbors for the constant blaring repeat.

Pasted at the bottom of this post is information from a release that we received with the invitation to review “White Light.” The members of Waterstrider are Nate Salman (vocals and guitar), Brijean Murphy (congas/percussion), Scott Brown (bass and synth), Drew Brown (guitar and synth), and Walker Johnson (drums). The band will open for Cathedrals at The Independent in San Francisco on February 28. The show is already sold out!
“White Light” by Waterstrider

Pasted from the materials received from Waterstrider:
Waterstrider are an exciting, young 5 piece from Oakland, CA who will be releasing their debut album Nowhere Now in 2015. Since forming on the UC Berkeley campus in 2010, the band’s sound has evolved steadily, with the lineup finally solidifying last year. They are now ready to start unveiling new music from their debut LP.
‘White Light’ is the first official track to be revealed from the album on January 4th and will be accompanied by ‘Calliope’ as part of a AA side single to be officially released January 29th.
In the words of lead singer Nate Salman, ‘White Light’ explores the notion of celebrity. The sooner we realize that we are no different from those we idolize, the song tells us, the sooner we will be able to realize our own power as individuals.‘Calliope’ is about a psychological battle with one’s muse. Afraid of giving everything to the unknown force behind a creative process and exposing our hearts to the world, we shackle ourselves to routine experiences.
More recently the band released ‘Redwood’, an original song revealed early in 2014 as a free download to accompany their 21-date North American support tour of Gardens & Villa. ‘Redwood’, like ‘Twice’, was supported heavily across the blogosphere and quickly rose to the top of the Hype Machine charts, seeing the band score two top ten entries in quick succession.
Salman, who is also the band’s producer, recently provided vocals for the Les Sins’ single ‘Why’ (electronic side project of Chaz Bundick, aka Toro Y Moi), which appeared on his 2014 album, Michael, released by Company Records.
‘White Light’ will be followed later in the month by ‘Calliope’. Both tracks will be officially released on January 29th.
Posted by D & d at 3:41 PM