Summer Is Over – Appropriate Songs

The calendar is clear - summer is officially over. Well, let’s go with some recent songs that present that message 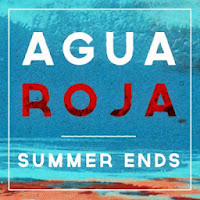 The first song is from Paris, France. Agua Roja presents “Summer Ends.”
This seems to be the only single from Agua Roja, so it will be interesting to see if they can follow through on this promising start. The name of the lead singer is November, so this first song seems particularly appropriate for a non-summer post. The three members are November (vocals), Benjamin Porraz (guitar), and Clement Roussel (keyboards).
“Summer Ends” by Agua Roja. 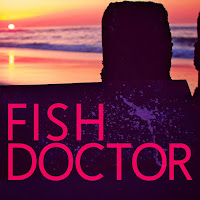 The second song isn’t as current and it sends conflicting messages. Can a surf rock song really be upbeat when referring to wintertime? I guess it can, if there is still “Summer in the Wintertime.” It’s not included here, but FISHDOCTOR also has a song entitled “Hawaiian Blizzard.” This band is all over paradox. The members are Michael Romano (vocals, guitar), Jared Lindbloom (vocals, keys), Michael Panico (guitar, keys), Alex Shifrin (bass), Brian Garbedian (drums), and Rocco Romanelli (auxiliary percussion).


“Seasons” is a more recent offering from FISHDOCTOR. A song about “seasons” is appropriate for this post.  It shows some departure by the band from the surf rock genre.


We first mentioned Vacationer in January. Now, the relevant song is “Summer End.”

Just so it’s clear that we were careful with the capitalization, we state that the name of this band from West Palm Beach, Florida has four words – the band in Heaven. They enjoy their shoegaze, which is demonstrated in the song “Farewell Summer.”

If there are shoegaze and surf rock songs, why not Nickleback-like music? Better yet, let’s go with a heavy metal sounding band name and a Nickleback sounding song.
Theory of the Deadman present “End of the Summer.”

And then there is “Indian Summer” by How Sad. This one is included because it is fun.