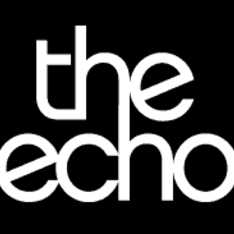 
With a few short weeks left of my summer in Los Angeles, I’ve been making the most of it. For some people, that means going to endless Dodger games, hiking all the best LA trails, and visiting The Getty, LACMA, and The Broad all in one day. I’m not saying I haven’t done all those things (actually, I’ve been trying to squeeze in as much as possible). But for me, what really makes the most of my last few Angelino weeks is taking advantage of every live music opportunity there is.

I started my musical week off with a show at The Echo Wednesday night, showcasing Teen Suicide and Elvis Depressedly. The two bands brought an entirely different energy than what is displayed on their studio albums. Despite the slower, more muffled sound captured on the bands LPs, I was impressed with the moshing crowd and the loudness amplified from the musicians on stage.
Although Teen Suicide put on an incredible performance, Elvis Depressedly stole the show in my eyes. The band occupied most of their set with tracks from their newest LP, California Dreamin’. Their songs “Inside You” and “Cop Poet,” two of my favorites off the album, were more audible in the show than on the recorded album. It’s rare that a band makes their music more accessible to those in their live audience—and how refreshing and special it was to be part of that.
"Cop Poet" by Elvis Depressedly

Luckily, my week of music didn’t stop there. Thursday night I was finally able to see a band I’ve written about before—but only from a distance. Night Talks, an old favorite of mine, performed at The Satellite. The live show did not disappoint; unlike Elvis Depressedly’s markedly unique sound live, Night Talks music played live sounded nearly identical to recordings.
Despite this, I kept waiting for something explicitly original to strike. Watching Night Talks was entertaining and pleasing to the ears, but the performance didn’t necessarily feel distinct to me in any way. Slightly overproduced instrumentals had setbacks and benefits—they harshened the generic nature of the performance, but managed to keep the band’s recorded integrity in a live show, which is an impressive task.
The band’s youth has to be mentioned as well—many of them weren’t even allowed into the venue before their set due to the 21+ requirement. This band’s career is still fresh, and they’re bound to continue upward in popularity as they continue building on their developed sound.
"Green" by Night Talks

My carrousel of concerts did not stop there, even after two unreal nights full of music. Echo Park Rising is a free festival put on at stages, bars, and restaurants along Sunset in Echo Park, and it’s happening this weekend. I made an appearance Friday, and plan to go every day this weekend. Stars of Friday’s show were undoubtedly Chicano Batman, who played at the main stage. Tonight and tomorrow (Saturday and Sunday), music continues; and unsurprisingly, Night Talks has their own set time in the festival: Saturday, from 9:15-9:45 at Spacedust.
Don’t miss the opportunity to see Night Talks, among other incredible Indie bands (for FREE!), today. Even if you live in Los Angeles all the time, unlike I do, you can never have too much of the LA music scene.
Posted by D & d at 2:53 PM