“A Near Run Thing” by Future Present – A Song Feature 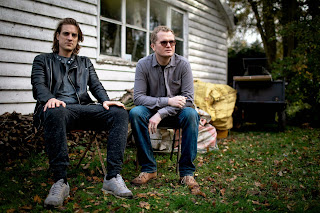 After a quiet start that misleadingly indicates that the listener will hear a synth-driven single, the guitars establish the persona of “A Near Run Thing.” Instrumentally, it’s a quick-twitch melody. Lyrically, it’s a tribute to family, friends and medical teams who played important roles during a battle with blood cancer.

Future Present was founded by Toby Leeming and Toby Lee. The UK-based band is scheduled to release an album, “Radio Therapy,” in 2019. It was Leeming who was diagnosed with a rare blood cancer. Speaking about “A Near Run Thing,” he said, “Being so seriously ill at times gave me a very vivid sense of what it actually means to be alive and so this song was my attempt to capture and express that feeling." The song is featured as part of a campaign with the Anthony Nolan Trust, a charity that saves lives of people with blood cancer by matching them to people willing to donate their blood stem cells for lifesaving transplants. Toby hopes to encourage young men aged 16-30 to sign up the Anthony Nolan stem cell register, in the hope that they could one day save lives of blood cancer patients. “If my donor hadn’t taken the time to sign up to the register I wouldn’t be here. Others aren’t so lucky but the more people we can sign up, the more people can be treated.”


“A Near Run Thing” by Future Present