“If Only” by Streets of Roya – A Song Feature 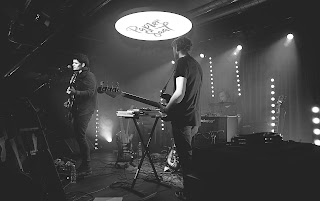 “If Only” is an intimate view into a relationship that could have been…, if only. The vocals reveal passion, the lyrics are intelligent, and the instruments are soft but powerful. After the first listen of the song from Streets of Roya, the search began for information or a video about the guitar strum. It has a richness that is typically reserved for a 12-string guitar. We did not find evidence of whether it is a 12 string or is achieved using processing. Regardless, the elegance is extraordinary.

Another praiseworthy feature of “If Only” is the almost anguished backing vocals that are increasingly apparent during the first 30 seconds of the song. We are also fans of the slow build that begins around the two-minute mark.

“If Only” was the last song written for the upcoming EP “A Bad Companion,” but turned out to be one of the defining songs of the EP (due March 15). Streets of Roya explains, “The driven but calm vibe perfectly captures the sound of a hopeful yet desperate and captive mind racing through the valleys of life. Sometimes it's a challenge to not get caught up in the regrets of life. wanting to go back in time can be tempting and sometimes your mind is taking you back. For the better or worse.”

Streets of Roya is the project of Michael Wespi. Quoting the Facebook page of the project:
“Originally from Zurich, Switzerland, He is not only a musician but also a globetrotter. He’s lived in London, Berlin and more recently Los Angeles. Beneath the hot Californian sun is also where he wrote and produced his most recent material for Streets of Roya, which can really be felt on his new material.”

“If Only” by Streets of Roya