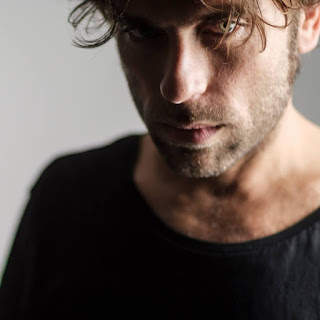 “Always leave them wanting more” - it’s a quote that is attributed to a variety of people, but mostly to businessman/politician P.T. Barnum. The wisdom of the advice is apparent after listening to “Timbuktu.” The song from Fabrizio Cammarata has a modest beginning, as an acoustic guitar is mixed with an increasingly insistent rhythm section. By the end (prior to the short fadeout), the instrumental support is thunderous and commanding lead vocals alternate with more melodic yet forceful backing vocals. Each time the fadeout is completed, the appetite for more lingers.

The “goodness” is not limited to the beginning and end of “Timbuktu.” The higher-pitch backing vocals are pleasing, whether harmonizing with passionate lead vocals or merely adding “ooo” texturing. The tempo is varied. And the segment that begins at 2:20 has an interesting effect, at least for us. When listening with a relaxed focus, the warbling increasingly creates the auditory impression that one track is slightly out of phase with another. The effect is at its greatest during the verse “Send you a song from Timbuktu/ But the words came out wrong/ And my voice is mute.” But when we replay the segment with an attentive focus, it is far less apparent.

“Timbuktu” is a single from the forthcoming album “Lights,” due for release on 29th March 2019. As an explanation of the lyrical theme of the song, Fabrizio Cammarata said:
“’Timbuktu,’ the golden city beyond the desert, is a far and seemingly mythical place, yet it exists! In the story I’m writing a letter to a loved one from this dreamlike city, with the knowledge that I will never know whether the message will reach her.”

“Timbuktu” by Fabrizio Cammarata (We thank Mavis Harris at Nice Marmot PR for bringing the song to our attention.)

I toss and turn in my slumber like crazy
I feel the void of the hole in my soul
I’m on the run cause this game is not over
But this is a desert, a desert, my desert...