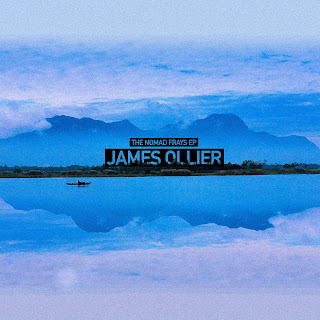 All four songs on the EP “Nomad Frays” are praiseworthy. Each carries a sense of heartfelt sincerity and peace. Of the four songs from James Ollier, it’s the title track that possesses a musical magic. The first stanza is as alluring as the last, but for different reasons. At the start of “Nomad Frays,” overdubbing achieves calming harmonization supported by gentle guitar and minimalist piano. In comparison, the final minute unexpectedly introduces percussion, increases the forcefulness of the guitar, and concludes:
We are the Nomad Frays
Caught between life and change
We live for the minute
And then we relive it and get lost inside

We are an open cage
Free from society’s chains
And you are a free bird
And we are free birds
…..Just lost in flight 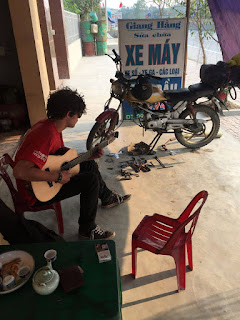 “Glory Days” is another song that finishes at an increased tempo. It is also similar to “Nomad Frays” in leaving the percussion in reserve until a significant portion of the song is complete. When the percussion is unleashed, it is powerful. “All That’s Good” might be the best song on the EP for appreciating the vocal skills of James Ollier. He navigates the pitch shifts flawlessly and seemingly effortlessly.

James Ollier grew up in Glastonbury, Somerset, but is now based in Bristol. “Nomad Frays” is his second EP, following the 2017 five-song EP "Lifeboats."