“The Light, Part 1” by Marble Mammoth – A Song Feature 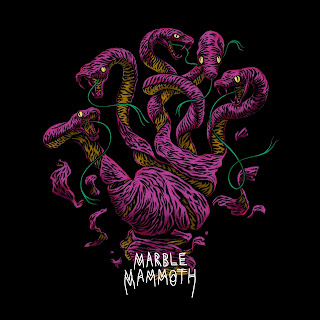 A didgeridoo, a Rock-upgraded Spaghetti Western-style guitar hook, and Paul McCartney’s distorted laughter – can that combination possibly result in a strong song intro? Yes, if the combination is left in the hands of Marble Mammoth, a Psych-leaning Indie Rock band. “The Light, Pt 1” hits the speakers with the deep resonance of a didgeridoo that would be chest-vibrating if the sound were featured in the mixing. Next, the guitar enters with sensibilities suitable for a young Clint Eastwood’s walk to a gun battle. Marble Mammoth states that the quick-to-follow seagull sound was sampled from The Beatles. According to various sources, the seagull noise in The Beatles “Tomorrow Never Knows” is actually a sped-up distorted recording of Paul McCartney laughing.

We were fully engaged with “The Light, Part 1” after only 22 seconds, and the remainder of the track lives up to early expectations. The vocals at the start and end are melodic-yet-assertive declarations, while the center segment is carried by dream-state sensibilities. The resulting tempo contrast and the shifts in genre characteristics build upon the reasons that the track is interesting throughout its almost four minutes. 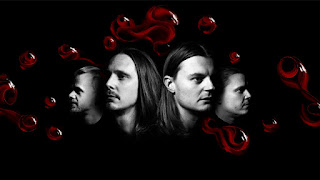 Marble Mammoth is based in Stockholm, Sweden. The members are Tobias Bergholm (guitar, vocals), Marcus Sjöberg (drums), Johan Eklund (bass), and Andreas Linde (organ, percussion). Quoting content about the band:
“Psych-leaning indie rock act Marble Mammoth draws your mind to the experimental side of early Tame Impala as well as classic rock acts like Led Zeppelin, The Doors and Cream. This Stockholm-based quartet, with members from bands such as garage rock act Dollhouse, wanders seamlessly between classic genres in a dynamic mix of riff based rock and dreamy psychedelia, and their progressive sound is characterized swinging drums and bongos, fuzzy guitars, vintage organs and energetic vocals.”

“The Light, Part 1” by Marble Mammoth